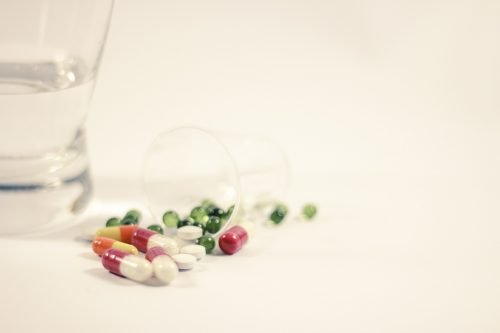 In this pharmacology fundamentals discussion, we’ll talk about the different routes of administration, mainly the oral and sublingual routes. We’ll get into the what each route is, how it is given, and the nursing considerations. We’ll also include the five administration abbreviations that are usually written on charts and forms by physicians.

The first and most popular drug route is orally or per orem (PO). The different types of oral medications are:

How Oral Drugs are Given

As mentioned, oral drugs are administered through the mouth. There are important rules that you have to keep in mind and follow when asking your patient to ingest an oral medication, which are:

What are the things that you need to avoid doing when dealing with patients who are given oral drugs?

High cholesterol patients who are taking Lipitor aren’t allowed to drink any grapefruit juice because it can counteract with the effect of the pill. Another example is the antacid, Tums that is usually taken for heartburn. This drug must not be taken with iron.

Being aware of the above-mentioned contraindications will help prevent the risk of choking or having hospital-acquired pneumonia.

Morphine is one of the most popular time-release medications that is usually given to patients with chronic pain.

Underneath the tongue is a very vascular bed that contains numerous blood vessels. This site is quite potent in absorbing medications that drugs placed are easily utilized in a matter of seconds. This is called the sublingual route.

How Sublingual Drugs are Given

Sublingual medications are administered by placing the drug under the tongue, leaving it there until the drug’s fully absorbed.

Nitroglycerin, the drug for angina and myocardial infarction patients, is given sublingually. Once absorbed, Nitroglycerin is absorbed by the body in as fast as 30 seconds or less. Since the effect is immediate, the drug helps save the patient’s life in emergency situations because it instantly vasodilates the blood vessels. Vitamin B12 is also given sublingually.

So, there are two essential things that you have to remember when given sublingual drugs, mainly:

If the tablet goes inside the stomach and into the gastrointestinal tract, it will go through the first pass phenomenon, and the liver is going to extract and metabolize it. The goal is for the drug to be properly absorbed by the vessels underneath the tongue so it can directly proceed to the bloodstream and into the heart.

As a nurse caring for patients taking sublingual medications, you have to teach your patients that if they don’t follow the above-mentioned considerations, the drug will become ineffective.

There are important dosage administration abbreviations that you have to remember when dealing with pharmacology and as you go into your clinical exposures. What are these abbreviations?

PRN medications are only given if the patient needs it. One perfect example is pain medication. When a patient complains of pain, you are allowed to give the drug. However, do not overdose your patients because there are those who abuse pain medications.

Whenever you see a “Q” written on a patient’s medication reconciliation (MR) chart, it just means “every.” This implies that drugs have to be given either every day or every hour.

AC means before meals while PC implies after meals. Therefore, if you see in the notes that a drug has to be given PC, it only means that you have to give it once the patient has eaten.

Medications that are given on a daily basis usually have an accompanying order either BiD, TiD, or QiD. What do they mean?

Stat is something that you’ll hear or read often in an emergency setting. This is usually ordered when the patient’s status is worsening like the heart stops beating, and a drug has to be given right away.

These are the top five medication dosage orders that you will encounter in every hospital setting, on medication reconciliation forms, and doctor’s notes. It is imperative that you remember these abbreviations before you go into your clinical exposure and be encounter all drug orders.

As a quick recap, we’ve discussed the two types of medication routes – oral and sublingual. While oral passes through the gastrointestinal tract, sublingual medications go underneath the tongue.

In our next lecture, we’ll be tackling the other routes of administration. For more nursing-related reviews, head on out to our Simple Nursing website and YouTube channel.