In this respiratory pharmacology review, we will be going into corticosteroids like methylprednisolone and prednisone.

Corticosteroids bring down inflammatory response that can be caused by numerous health issues. Anytime the body is ill or diseased there will be increased inflammation, which will result in decreased perfusion. Other than that, corticosteroids also reduce allergic reactions and itching.

Corticosteroids aid in decreasing inflammation for clients with the following conditions:

Solu-Medrol is the brand name for methylprednisolone, a type of potent corticosteroid. Take note that methylprednisolone is the generic name. A generic name is the trade name given by the Food and Drug Administration (FDA) and government that pharmaceutical companies have to indicate in the medicine’s packet, box, and leaflet.

To easily remember corticosteroids, they are medications usually ending in:

The primary examples are methylprednisolone and prednisone.

Before going into the pertinent details about corticosteroids, let’s go into quick anatomy and physiology regarding the natural source of corticosteroids inside the body.

The body naturally produces corticosteroids as a mechanism to ward off stress. Located on top of the kidneys are two glands called the adrenals. The adrenal glands’ main function is to react to stress that causes inflammation, whether systemic or localized.

When the body gets stressed or irritated due to internal or external factors, free radicals are released into the system, compromising the immune system, prompting the inflammation. The adrenal glands will be activated to respond by releasing natural hormones that will decrease swelling.

When the adrenals are ineffective or insufficient, the body will experience systemic conditions like Cushing’s disease and Lupus. On the other hand, a hyper-inflamed respiratory tract can be caused by the following:

Though the adrenals try to eliminate the swelling by producing steroids, sometimes, they also need help, and that’s when methylprednisolone and prednisone come in.

Remember, Solu-Medrol is not only given for respiratory problems, but it is also given for rheumatoid arthritis or joint inflammation.

So, there are three crucial corticosteroid essentials that you have to educate your clients with.

Corticosteroids tend to decrease insulin sensitivity on the blood cell level, messing up the mechanism of action. When this happens, blood sugar will shoot up. This teaching is important especially for diabetic clients who are already insulin-resistant because corticosteroids will further increase that resistance.

So, that’s it for our corticosteroids review. For more topics related to respiratory pharmacology and nursing in general, drop by Simple Nursing’s website and YouTube channel. 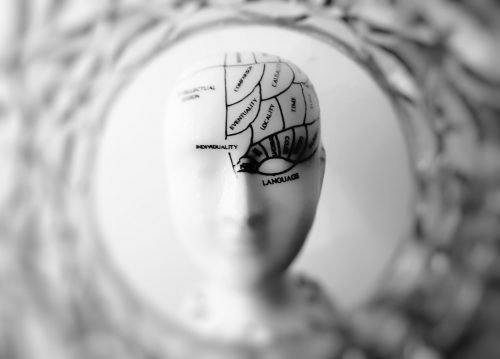 Myasthenia gravis (MG) is a neuromuscular condition involving the skeletal muscles; wherein there is decreased acetylcholine. This decrease is due to the inappropriate creation of antibodies that go against acetylcholine receptors.

Muscles fail to contract because of the absence of the neurotransmitters that are responsible for contraction, leading to the manifestations of drooping eyelids, paralysis of the face, and difficulty breathing.

If the body is attacking itself, how do we tell it to stop? The obvious answer is through medications. What are the different medicines given to clients who are suffering from myasthenia gravis?

Intravenous immunoglobulin is the kind of drug that is given to clients with myasthenia gravis, similar to what is given to multiple sclerosis clients, that helps in decreasing the body’s immune response. IVIG serves as bait for the antibodies; that, instead of attacking the neurotransmitter or acetylcholine receptors, the antibodies turn on the IVIG.

Intravenous immunoglobulin is one of the bait-and-switch things that the medical field does for clients.

Steroids like prednisone are anti-inflammatory drugs that are also given to clients suffering from COPD and Cushing’s disease because, aside from decreasing inflammation, prednisone also weakens the immune response.

A notable effect of cholinergic drugs to MG clients is that it’s going to increase the amount of saliva production; thus, helping the client’s ability to swallow. Because the body targets acetylcholine, saliva production will reduce, and reduced saliva would result to difficult muscle movement, specifically around the mouth and esophagus.

If medication is not enough, another route that doctors would consider is doing a surgery called thymectomy. Now, some doctors believe that the thymus causes an over-immune response that attacks the acetylcholine receptors; on the other hand, there are those who don’t agree.

When taking care of a client suffering from myasthenia gravis, there are a couple of nursing considerations that you have to keep in mind, primarily:

Very important teaching that you have to emphasize to myasthenia gravis clients who are taking prednisone and IVIG is that they have to immediately contact their physician if they show even the slightest increase in temperature.

Even if the temperature is just slightly above 100 Fahrenheit, let’s say 100.5 Fahrenheit, you have to contact the doctor at once. This is because clients who are taking prednisone and IVIG are immune-compromised and the little increase in temperature will have severe effects on the client.

Steroid Pharmacology: Corticosteroids in a Nutshell

We’ve mentioned before in a summary lecture of our respiratory drugs the two main categories – BAM and SLM. B-A-M are the bronchodilators, and S-L-M are anti-inflammatories.

In this article, we’ll be discussing the “S” in our SLM category. The “S” stands for steroids, or it can also be referred to as Solu-Medrol, which is a brand name for methylprednisolone, and the suffix “-son” or “-sone.”

Corticosteroid medications usually end in either “-son” or in “-sone.” So, this tip alone can help you remember that drugs having those two suffixes are corticosteroids. Some examples would be prednisone and methylprednisolone (Solu-Medrol).

Corticosteroids help to relieve the lungs of inflammation.

When there is inflammation along the branches of the lungs, this results in:

Therefore, if there are a lot of inflammation happening inside the lungs, the client will get suffocated.

Remember that oxygen is the currency used by the body to live. Without proper access to airflow, there will be no oxygen, and without oxygen, the body becomes broke and dies. Always remember that nine out of 10 issues inside the body are always related to the lack of oxygen.

Corticosteroids are primarily given to give the lungs sufficient oxygen access.

The worst part about having an allergic reaction is that the body will experience numerous responses wherein the abovementioned elements will immediately react and cause the different manifestations of inflammation.

During an inflammatory response, the adrenal glands usually step up to go against the inflammation and decrease the reaction. However, there will be moments of adrenal insufficiency wherein the adrenals are over-fatigued. This happens when there’s just too much inflammation than the adrenals can tolerate.

The adrenals will do the best they can to fight the inflammation but sometimes, the reaction is so severe that the adrenals can no longer take it.

During episodes of adrenal insufficiency, clients are given albuterol to help get the prednisone down into the lungs for better absorption. Albuterol is used to dilate the branches of the lungs.

The Last Line of Therapy

Corticosteroids are considered the last drugs a respiratory client will receive after receiving other medications. Mostly, inflammatory conditions like COPD are given steroids.

Remember that steroids act slower, but the effects are more extensive.

Every drug has a side effect. As for corticosteroids, one of the major side effects, that is also a favorite topic during nursing exams, is immunosuppression. Corticosteroids like prednisone will suppress the immune system which means that the drug is bound to kill off the white blood cells in the body, like what is happening with chemotherapy.

Other side effects that you have to watch-out-for with clients taking corticosteroid are the following:

There you have it, corticosteroids in a nutshell. For our next lecture, we’ll be focusing on leukotrienes and Singulair.