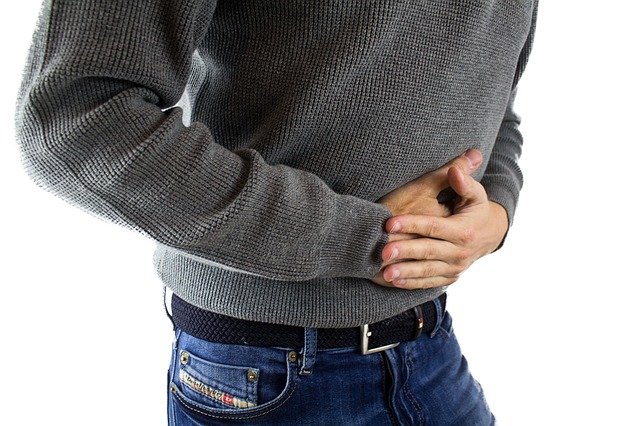 Welcome to another round of nursing lectures, featuring the gastrointestinal system. Right now, we will be focusing on peptic ulcer disease (PUD).

So, what is peptic ulcer disease and what does it do to the body? To adequately explain what PUD is, we’ll review its pathophysiology then delve into the nursing process of the disease.

An effective method when studying any subject, especially those that are within the scope of Medical-Surgical Nursing subject, is that, aside from knowing the keywords, you should also summarize the condition by following the nursing process. In this way, you will be able to gather the necessary keywords just by taking note of the D-A-R, which means:

Aside from that, we’ll also talk about how the bacteria, Helicobacter pylori (H. pylori), contributes to the occurrence of peptic ulcer disease.

The stomach has a mucosal lining that protects itself from hydrochloric acid, pepsin, and other enzymes that can break down food into chyme. After food is converted into chyme, it will pass the duodenum (the first portion of the small intestine), then go into the jejunum, ileum, and large intestine. And finally, once chyme is transformed into feces, it will be excreted by defecation through the anus. So, this is what happens typically inside the gastrointestinal tract.

Perforation of bowel means that there is a gaping hole or an opening where the nutrients and toxic wastes can leak and go into the peritoneal cavity. The peritoneal cavity is the space inside the abdomen that keeps the liver, stomach, and intestines intact.

In general, all the organs inside the body are covered with thin membranes that compartmentalize them and keep them safe within their specified location. The heart has a pericardium that protects it from trauma caused by collision against the ribcage or any event similar to that.

What happens when there’s peritonitis? The peritoneum is filled up and will manifest as distention. Peritonitis is just one of the primary complications of peptic ulcer.

Now that we’ve appropriately discussed what peptic ulcer disease is and its pathophysiology, we’ll proceed to the assessment findings regarding the data collection, whether the peptic ulcer occurs in the stomach or duodenum. Check it out on our succeeding videos via our SimpleNursing YouTube channel.

For more nursing-related topics that will surely come out of major school exams and the NCLEX®, drop by our SimpleNursing website.

In this portion of our lecture, we will be talking about the common GI disorders, namely: gastroesophageal reflux disease (GERD), gastritis, and peptic ulcer.

There’s one thing in common when it comes to these three GI disorders: increased acid production. So, whether it’s GERD, gastritis or peptic ulcer, the cause is the same.

The normal physiology of your stomach regarding ingestion is first, food has to be swallowed down to the esophagus then passes through the esophageal-gastric sphincter muscle. The esophageal-gastric sphincter muscle is basically the muscle that “clamps up” to prevent stomach contents and acid from traveling back into the esophagus. Another sphincter is located at the base of your stomach. So, whenever a client undergoes a lap-band surgery, the lap-band squeezes both sphincters to make clients feel like they’re full.

Whether it’s gastritis, GERD, or peptic ulcer, you have to remember that they all relate to one cause: too much acid production inside the stomach. Differentiation of each disorder entirely depends on where the acid production acts on and the effects on the areas of the digestive tract.

If acid production creeps up to the GI tract and “burns away” the esophagus, gastroesophageal reflux disease (GERD) or what is also known as heartburn, occurs. Some of the causes of heartburn or GERD are:

Therefore, to avoid suffering from heartburn, you have to inform your clients to:

As for medication, GERD clients are given Tums or anti-acids to decrease and neutralize acid production and preventing it from creeping up into the esophagus.

Gastritis merely is the inflammation of the lining of your stomach. In GERD, it’s about the lining of the esophagus, whereas with gastritis, it’s focused on the mucous membrane of the stomach that is gradually being eroded by too much acid. Because of this, clients who have gastritis experience severe stomach pain.

With GERD clients, anti-acids are given to neutralize the condition.

The Difference between Medications

Proton pump inhibitors work longer than anti-acids; their duration is similar to Lantus, a kind of long-acting insulin. PPIs can provide almost 24 hours of protection, which is not going to be effective in acute situations like GERD. Therefore, if your clients have GERD and you administered a PPI, the effects won’t be immediate. On the other hand, if you give anti-acids on your clients with GERD, the outcome would be quick, much like rapid-acting insulin that is frequently used for diabetic clients.

The analogy of these GI disorder medications is also similar to asthmatic clients. If they use an albuterol inhaler, the effects are immediate; whereas, if they use a steroid, it will take time for the effects to be experienced.

Remember, if you have a GERD client, instant neutralization is important; therefore, you give anti-acids. PPIs and H2 blockers are like Lantus for diabetes or steroids for asthma – their effects are not immediate but have longer duration and effects. Basically, what PPIs and H2 blockers do is decrease secretions created by the GI tract to prevent gastric lining irritation and peptic ulcer disease.

At SimpleNursing.com, PPIs and H2 blockers have been included in the Pharmacology Boot Camp. Here, Mike has elaborately explained and have given depth to the effects the said medications.

If you want to know more about those medications or just want to find out about other useful nursing information, drop by SimpleNursing.com.