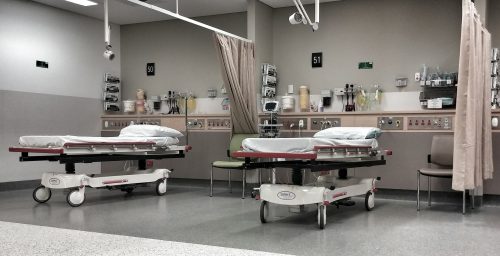 One of the biggest topics in nursing school is psychiatric pharmacology. Here at SimpleNursing.com, we breakdown every single vital information and present it to you in the simplest possible way.

Before going into the drugs that are primarily used for psychiatric clients, we will first tackle the pathophysiology. You have to keep in mind that before you know the mechanism of each type of drug, you must first know what it affects.

Reminder: Dopamine and serotonin are your reward and happiness hormones.

According to nursing books, dopamine inside the brain is for reward, pleasure, motor function, and compulsion. To easily remember all these, remember DOP. It basically stands for:

Frontal cortex of the brain is mostly affected by dopamine as a neurotransmitter.

Reminder: Dopamine for the rest of the body is different from dopamine inside the brain.

The brain has a filter, like that of brewing a coffee, which is technically called as the blood-brain barrier (BBB). This BBB filter prevents chemicals and toxic elements to enter the brain to avoid unwanted consequences like the brain shutting down. Think of the BBB as a border patrol or security that doesn’t allow anything and everything to enter the brain.

This is your happy hormone. Serotonin can be best remembered by thinking of Siri, the iPhone application who basically makes you happy because she can answer any kind of question. In the nursing book, serotonin is referred to as your mood, sleep, cognition, and memory. Forget the book and just remember SER:

Norepinephrine is primarily seen in MAOI drugs and atypical antidepressants. It is the same category as epinephrine (adrenaline) which is also called as noradrenaline or your stress hormone. Stress hormones trigger the body’s sympathetic nervous system (SNS) that then activates the increase in heart rate and blood pressure and the fight and flight mechanisms. If your SNS is activated, your parasympathetic nervous system (PNS), also known as your rest and digest, is automatically deactivated which means that you will be unable to produce gastric juice that is used for digestion and your bowel movement.

So, to remember ALL that, you can associate norepinephrine with NOR:

Hypertension is a huge qualifier for norepinephrine, especially with MAOI. Also, one must take into consideration the cognitive alertness of a person. Example, a person is going into septic shock or any kind of shock for that matter, norepinephrine is immediately given.

As what Mike’s instructor said, “You use Levophed or you leave him dead.” This is because norepinephrine (Levophed) is the last line of drugs to get increase blood pressure, squeeze in and vaso-press (vasopressor) all the blood back into the vital organs or your SNS (heart, brain, lungs), urgently supplying them with oxygen.

Get three note cards. Separately write down DOP, SER, and NOR on each note card. Copy the acronyms provided by Mike or what he likes to call “memory tricks.” Put in all information for the specific acronym. For example, for the DOP card, put in its equivalent meanings and what it mainly affects in the body.

What do you put at the back? It’s going to be further explained on the next video. So stay tuned!

For the meantime, SimpleNursing.com has created its first psychiatric course called Psychiatric 101. Here, Mike focuses on the struggle points which are the areas where students usually fail. What are these struggle points?

Psychiatric 101 is mainly created to help students pass and clear their understanding of the topics then retaining it fully. Mike will help you breakdown the biggest issues on psychiatric nursing and pharmacology. Just visit our website and be a member of our diamond and annual plans to request videos or have live webcam streaming for lectures.