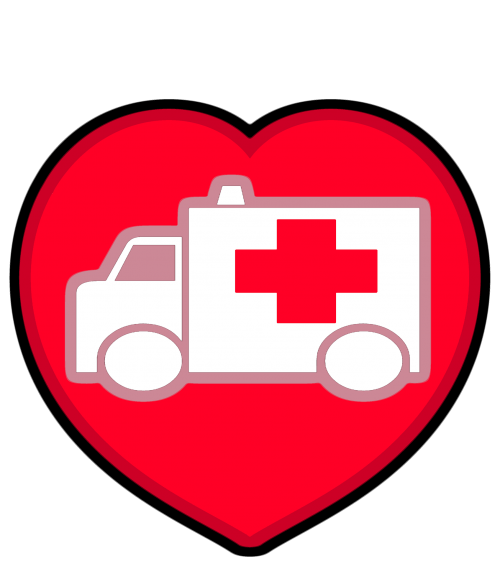 After going through what hypovolemic shock is, we’ll go into anaphylactic shock – definition, pathophysiology, pharmacology, and manifestations.

Before going through what anaphylactic shock is, let’s get into the essential factors that influence the different types of shock. With shock, there are only two elements that are affected – volume and resistance.

With a hypovolemic shock, the volume is affected due to rapid blood and fluid loss from the body, which then leads to a decrease in blood pressure, resulting in low oxygen. Pressure is equivalent to blood volume which is why, when a person is bleeding out due to trauma, the body will eventually go into hypovolemic shock if no intervention took place.

If there is decreased blood volume, the body will compensate by increasing resistance through vasoconstriction; shunting blood to the heart, brain, and lungs.

Anaphylactic shock, on the other hand, causes hyperdilation of the blood vessels, resulting in decreased resistance. When this happens, the allergic reaction has become severe and requires immediate medical attention.

What happens during an anaphylactic reaction? For example, a client comes to the ER complaining of an allergic reaction due to a bee sting or shellfish ingestion. The blood vessels will instantly precipitate hyperdilation, causing a massive drop in blood pressure. Blood volume is not impacted; however, since resistance is distressed, perfusion is greatly affected, leading to low arterial pressure.

How does the body compensate with decreased perfusion, resulting in decreased oxygenation? There is not a lot of blood circulating through the body due to the huge dilated blood vessels that limit the distribution of blood to different parts of the body. Therefore, the body will compensate through the following:

Epinephrine is the best medication used reverse anaphylaxis. Clients who are known to have allergic outbursts usually carry around epinephrine. The body naturally manufactures adrenaline, and epinephrine is the bottled version of it. Epinephrine is a sympathomimetic drug that vasoconstricts the blood vessels, shunting blood to the primary organs like the lungs, heart, and brain to appropriately deliver oxygen.

Shock in a Nutshell

Whether it’s due to volume loss or decreased resistance, shock, no matter the type, eventually leads to low pressure. If there’s low pressure, there’s decreased perfusion which then results in low oxygen distribution to different parts of the body. With this understanding of the pathophysiology, you can now pinpoint the various manifestations exhibiting how the body compensates with the allergic reaction.

Regarding fixing the type of shock, if it’s caused by volume depletion, the fix is increasing volume. On the other hand, if shock is caused by decreased resistance like anaphylactic shock, constricting the blood vessels through epinephrine is critical. 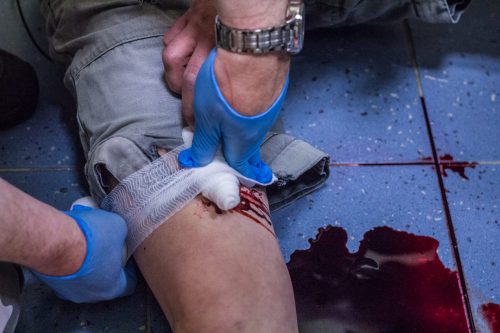 Hypovolemic shock is quite similar to cardiogenic shock, almost. Both have the same signs and symptoms and are about issues regarding blood volume.

Though almost similar, there are still a couple of differences between cardiogenic shock and hypovolemic shock; for one, the causes and pathophysiology.

Hemorrhage or bleeding, be it external or internal, is the primary reason for hypovolemic shock. Any form of intense bleeding can result in decreased hemoglobin in the body. Hemoglobin is a protein and blood component that is mainly responsible for transporting oxygen throughout the body.

Hemoglobin is like the blood’s oxygen tank for distributing oxygen to the different areas of the body. Without adequate perfusion due to bleeding, there wouldn’t be enough blood to go around; therefore, hemoglobin will be unable to sustain oxygen distribution.

Hemorrhage can be due to a couple of reasons, and some common ones are:

It doesn’t really matter how the bleeding started for as long as the bleeding continues and is not subdued, it will eventually lead to hypovolemic shock.

Bleeding decreases perfusion which then decreases oxygen in the body leading to hypovolemic shock. If this happens, the body will compensate, and the clinical manifestations will be quite similar to cardiogenic shock.

The primary signs and symptoms of hypovolemic shock are:

So, just remember that all of these manifestations happen due to decreased perfusion that leads to low oxygenation. Without oxygen, the body will try its best to compensate, and when that happens, everything will go haywire.

One of the leading nursing interventions that you have to do to prevent hypovolemic shock is to stop the bleeding. So, what are the different things that you should do?

For our next shock-related lecture, we’ll be delving into anaphylactic shock. Compared to cardiogenic and hypovolemic shock which are both due to blood volume issues, anaphylactic shock is due to decreased resistance. Simply visit our SimpleNursing website and YouTube channel for that discussion.