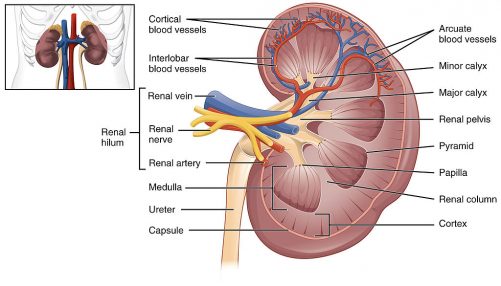 Before discussing the therapeutic modalities of acute renal failure, we’ll be tackling a bit about your prerenal and intrarenal.

So, this is basically a quick review of your prerenal and intrarenal BUN level with regards to your creatinine. You just have to remember the following:

When talking about nursing interventions of your kidneys, regarding acute renal failure, which do you think is more serious – prerenal or intrarenal?

Mike has stated that prerenal acute kidney failure is when the fire is outside the house, which means that the fire is not inside the kidneys nor is it affecting the nephrons just yet. Therefore, in prerenal, urine is still being created so there will still be urine output.

Even if the specific gravity of the urine would be very concentrated, brown, and stinky, there would still be some urine being excreted by the body.

On the other hand, intrarenal acute kidney failure presents no pee-pee (urine output) because the “fire” is inside the kidneys affecting the structures within and mainly causing damaging effects to the kidneys.

So, that’s basically how you can easily distinguish prerenal from intrarenal acute kidney failure.

Regardless of what you’re thinking, HDTV does not stand for high definition television. Instead, HDTV here stands for:

What does this mean in terms of your nursing process?

During your oliguric phase, urine is not created, or if urine is being created, the body is not getting rid of it. Therefore, potassium must be increased. However, since potassium is a potent electrolyte, increased potassium can cause increased contraction that may result to dysrhythmias. Thus, hyperkalemia happens.

In providing nursing interventions, one must always remember that the first thing that needs to be addressed is what’s detrimental to your client. And since increased potassium can severely affect the client’s heart, it should first be managed.

You have to give attention to hyperkalemia first by bringing down the potassium level using Kayexalate. Kayexalate helps in getting rid of excess potassium from the body.

Since the body is unable to urinate, potassium will exit the body through the feces. So one side effect that you have to watch-out-for when giving Kayexalate is episodes of diarrhea.

Dopamine is used to dilate the renal arteries to get more blood down to the kidneys, causing:

Technically, when you give dopamine to your client, you wanted to increase the mean arterial pressure (MAP) to cause increased perfusion, thus also increasing the oxygen level.

Drop by simplenursing.com for the continuation of this discussion.