The Pathophysiology of the Respiratory System 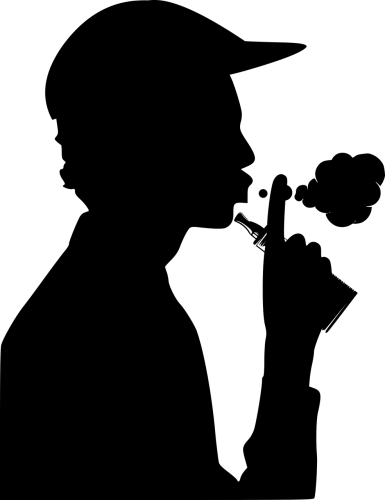 The respiratory system is one of the most vital systems in the body because it supplies the primary element that keeps everything going which is oxygen.

First, we’ll be going through the anatomy and physiology, the pathophysiology, and the common diseases associated with the lungs. Then, we’ll tackle the two types of respiratory drugs which are categorized as the bronchodilator team and the anti-inflammatory team.

Let’s get into it.

For our anatomy and physiology discussion, think of the lungs as an inverted apple tree.  So, a tree has a stump with branches extending to smaller branches with leaves and apples. Much like the alveoli which are mainly responsible for oxygen exchange, the apples are the end product of the tree.

Parts of the Tree

The bronchi are the tree stumps that break off into bronchioles. The bronchioles, much like the branches, are the distal portions that extend to the leaves and apples which is also known as the alveoli.

There are a couple of things that can go wrong, primarily concerning with an exchange from oxygen to carbon dioxide. Remember, we breathe out carbon dioxide, and oxygen is what we breathe in and is what gets distributed to the various parts of the body.

What are some of the issues that affect the respiratory system?

These factors are enough to create bronchial obstruction which will prevent oxygen to get into the distal portions of the lungs. If there is a lack of oxygen, the heart will be directly affected because it will compensate for the insufficiency.

This is simply increased mucus production inside the lungs. The presence of thick mucus secretions that builds to the branches of the lungs or inside the alveoli will compromise oxygen exchange. The lungs will become sluggish, and the client will experience coughing and hacking, and will eventually develop an infection.

In severe cases, the alveoli are drowned with too much mucus that oxygen exchange has become nearly impossible. This is what happens to pneumonia.

Emphysema and bronchitis are two types of chronic obstructive pulmonary disease that are primarily caused by chronic smoking. Emphysema is a condition wherein the alveoli are destroyed, causing the trapped air inside the lungs and making it difficult for the client to breathe. Bronchitis, on the other hand, is manifested by the frequent occurrence of a productive cough that also causes difficulty in breathing.

When the alveoli get hard, oxygen exchange will not take place; therefore, there will be a build-up of carbon dioxide that causes a lot of pressure inside the lungs. Infection, for bronchitis, is what causes the increased production of mucus, and without proper expectoration, the secretions worsen.

With asthma, the bronchioles are constricted due to a variety of reasons like viral infections, pollution, and allergens. Asthma is a condition wherein there is an inflammation of the bronchi which causes wheezing and shortness of breath.

There are a couple of drugs that can help relieve the production of mucus and relieve constriction – these are the primary goals for respiratory medicines which we will discuss in our next article.

And for more useful nursing-related lectures and videos, check out our Simple Nursing website and YouTube channel.

Theophylline, the well-known methylxanthine drug, is going to be discussed in this article along with its effects on the body and adverse reactions.

Methylxanthines are drugs used to treat lung conditions such as COPD and asthma by controlling the wheezing and preventing difficulty of breathing.

Theophylline helps to relax smooth muscles, widening the passages for breathing, and decreasing the irritant response of the lungs. Methylxanthines are bronchodilators that reverse bronchospasms. To become more potent, these drugs must be used regularly because it does not work immediately, unlike prescribed inhalers that offer quick relief.

When it comes to creating useful study materials in nursing school, there are no rules. You can stick with tips or recall techniques that work for you. It’s an open field. That said, our way of easily memorizing and recognizing methylxanthines is to think of methamphetamines. Meth can make you feel things which you can associate with “Theo-feeling” or Theophylline. Moreover, methylxanthines usually end in “-phylline.”

How the Drug Works

Upon administration of theophylline, bronchodilation will occur. Opening up the respiratory pathways will subsequently affect the heart rate because, like caffeine’s effects, the heart will beat faster and the lungs will breathe better. Caffeine induces the sympathetic response of the body, opening up the lungs and triggering the heart’s rhythm to increase; which is why caffeine is suggested for those who have plans of going to the gym.

How Methylxanthines are Taken

Client teaching is usually focused on how to take the medication and the side effects that are more likely to happen.

In ingesting methylxanthines, advise your clients that these drugs are taken orally, either with or without the presence of food, depending on the doctor’s orders. For those who are experiencing stomach irritability after taking the drug before meals, it is best to take the medication while eating. Do not increase the dosage, use the drug as often as you could, or discontinue without informing the doctor.

If the clients do not feel relief or if the symptoms of asthma worsen, instruct them to consult the doctor immediately.

All respiratory drugs can cause an upset stomach, specifically the sympathomimetic medications. Aside from that, there are a couple of side effects that clients will experience, namely:

While these side effects are expected, some do not experience them at all. Some of the adverse reactions that need immediate medical attention are:

It is imperative that clients promptly inform their physicians if they are allergic to caffeine or methylxanthines.

That’s it for our methylxanthines review. For other respiratory lectures and nursing-related topics, you can visit our SimpleNursing website and YouTube channel.

Ipratropium (Atrovent) is a popular anticholinergic bronchodilator that’s given inside the hospital to respiratory clients. Any drug that ends in “-pium” is an anticholinergic.

Since the primary effect of anticholinergic drugs will be increased blood flow to the lungs, it will decrease wheezing, shortness of breath, and promote muscle relaxation.

Anticholinergic drugs are primarily indicated for chronic obstructive pulmonary disease (COPD) clients or those who have asthma and chronic bronchitis.

“Turning off” or “shutting down” of the PNS basically means that blood flow is decreased for the SNS to get sufficient amount of blood. The moment this happens, the body will experience the following side effects:

Food digestion is mainly affected when the PNS is “turned off,” as well as the ability to pee and poo (constipation) since blood flow is primarily flowing to the SNS. And since the primary concern is not digestive enzymes but the heart, lungs, and brain, there will be adverse effects concerning the digestion along with blurred vision.

Heart palpitations, on the other hand, happen because when the sympathetic nervous system is activated, increased perfusion occurs, causing increased heart rate.

When giving anticholinergic medications, you have to advise your client to do the following:

Albuterol (Salbutamol) is not a rescue inhaler. Although it is used to treat breathing problems like asthma and COPD, Albuterol is only a rapid-acting inhaler. So, you have to remember this when dealing with questions regarding Albuterol.

On our next lecture, we will tackle methylxanthines like theophylline.

SimpleNursing.com has a wide array of nursing topics that you can go through on a daily basis. You just need to check our website and our YouTube channel for fun and informative nursing lectures that are extremely helpful in passing the major tests like NCLEX®.