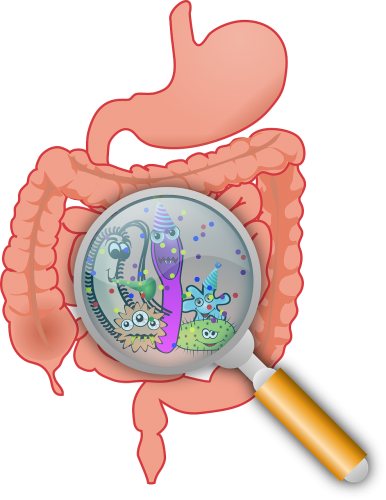 As a test tip reminder, you can easily remember Crohn’s disease as “Crown’s disease” because of the granulomas that are present inside the gastrointestinal tract which looks like jewels to a crown. To further explain, let’s get into a quick roundup of the pathophysiology.

Granulomas happen when macrophages seclude bacteria like a small block and result in a protective covering, usually around a bacteria, foreign body, or virus; in most cases, tuberculosis viruses.

As for Crohn’s disease (Crown’s disease), the small granulomas attached to the bacteria are the ones causing the pain, distention, and inflammation of the gastrointestinal tract.

In colitis and ulcerative colitis, the large intestine or the colon is the main concern.

Colitis, on the other hand, is not about granulomas but scar formations with an inflamed colon. Due to the edema in the colon, there is a loss of colon absorption and elasticity.

The causes for inflammatory bowel diseases like Crohn’s disease and colitis or ulcerative colitis are the three S’s, namely:

When the body has inflamed bowel disease, it attacks itself which is also known as an autoimmune disorder like myasthenia gravis. In this situation, the body thinks that it is its foreign enemy.

When dealing with a client with a heightened immune system, the main goal is to decrease the elements that cause the condition to worsen. Therefore, the nurse has to make sure that the client:

These three causes are the main culprits for the outburst of this type of autoimmune disorder.

If you’re having a hard time studying for major nursing exams and the NCLEX®, head on to Simple Nursing’s website and YouTube channel to get a more simplified, concise approach to memorizing and remembering every single nursing-related topics.