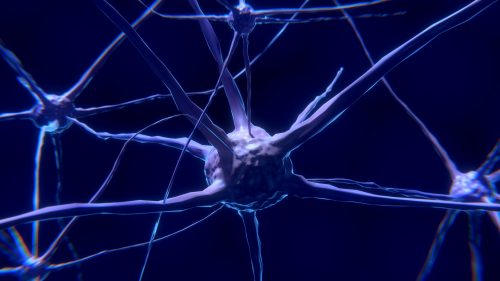 Here’s a quick rundown of the four primary neurological disorders mainly Parkinson’s disease (PD), multiple sclerosis (MS), myasthenia gravis (MG), and amyotrophic lateral sclerosis (ALS). We will be touching on the signs and symptoms, pathophysiology, and client goals. After which, we will go into specific details and dissect every disease.

Right now, we will be focusing on the basic overview of MS and Parkinson’s disease.

It is essential to take note that multiple sclerosis and Parkinson’s disease primarily occurs in your central nervous system while myasthenia gravis and amyotrophic lateral sclerosis affect the peripheral nervous system. ALS is just a fancy word for Lou Gehrig’s disease.

What are myelin sheaths and how important are they in your client’s CNS?

If you remember your nursing physiology pre-requisites, a particular topic specifically in the brain is knowing what a nerve cell is and identifying its parts. The axon, or what is also known as a nerve fiber, is responsible for conduction of motor impulses. On each neuron, are attached myelin sheaths that look like a small choo-choo train.

A neuron or nerve cell would look like a palm tree if you wanted something substantial to compare it to.

Aside from protecting the nerve fibers, the myelin sheaths are also responsible for electrical impulse conduction. Moving your fingers or twitching your hands happen due to normal myelin sheaths; this is referred to as an action potential.

In MS, the myelin sheaths have degraded causing problems in the transport of impulses. Some of the notable signs and symptoms are:

In Parkinson’s disease, there is a significant decrease in the amount of dopamine in your brain. You can think of it this way: There is decreased dope in the park.

What is dopamine and what’s its importance to your CNS?

Again, in your pre-requisites, it was established that dopamine in your brain helps in regulating a few key aspects in your CNS and one of those things is your blood pressure. Which is why, every time a client codes or has a hypotensive episode, dopamine is given because it is a potent vasoconstrictor. Dopamine helps in increasing the amount of blood flow to the brain, into the heart, and dilating your kidneys. But one thing that you have to take note of regarding dopamine is that it helps with your CNS and a person’s ability to move.

What are the classic signs of clients with PD?

Part two of our lecture we will be tackling about myasthenia gravis and amyotrophic lateral sclerosis or Lou Gehrig’s disease.