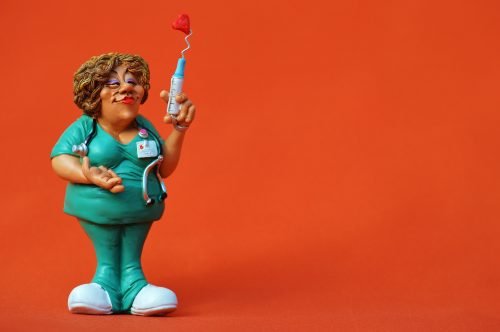 Client prioritization is a nursing fundamental that is exercised in various hospital settings, especially after the client has gone through a traumatic situation or surgery. After going through the importance of prioritizing airway, breathing, and circulation, we’ll head on to the other concerns that nurses should focus on.

In this lecture, we’ll consider a client who has just gone out of the surgery room. Once you are done assessing for the client’s ABC, what should be the next area of importance? With cases like this, you always have to think about what’s going to kill the client the fastest. So, which among the following should be assessed after the ABCs?

Maslow’s Hierarchy of Needs theorized that if a client has established an appropriate airway, breathing, and circulation, the next aspects that should be given importance to should be safety and infection.

Elimination, nutrition, and pain come in after the ABCs and safety and infection.

Constipation is a common elimination issue that nurses encounter with post-operative clients. If a client is experiencing hard bowel movement, stool softeners or laxatives should be provided.

Pain will be given priority if the client has just had knee-replacement surgery or other orthopedic surgeries, for that matter. Clients who are complaining of pain will be assessed for:

Pain experienced by clients who underwent total knee replacement could indicate that he or she has compartmental syndrome.

As mentioned, the second tier will involve elimination, nutrition, pain, and skin integrity.

Pain moves on top of the second tier once it has something to do with chest pain – could be myocardial infarction or angina (stable or unstable). Because when this happens, it means that there is a lack of oxygen in the heart.

Skin integrity can lead to pressure ulcers which can cause infection. Nutrition is vital in this aspect because it can influence a client’s skin health, above everything else.

As mentioned, elimination is primarily concerned with either defecation or urination. Is there a small bowel obstruction that can cause proliferation and can lead to fatality?

Client teaching and psychosocial aspects come in third when prioritizing. Client teaching is mostly concerned with imparting important information with clients regarding their health and lifestyle changes.

When it comes to discharge planning, client teaching always comes last. On the other hand, when prioritizing, saving lives is more important than educating clients.

For more nursing-related information that can help you pass major exams, especially the NCLEX™, visit our Simple Nursing website and check out our informative YouTube videos.

It is vital for nursing students to know how to prioritize clients to identify which client gets care first easily. Considering that nursing has a lot of elements involved and time management is vital, one must be critical in managing a wide array of responsibilities that can be quite overwhelming. Not only is this important in a hospital setting but also prioritizing gets quite tricky in the exams.

Prioritization without the ABCs

They don’t make it like they used to – the nursing exams. Because sometimes, the questions that come out are the ones you least expected. We all know prioritizing is tied to the ABCs – airway, breathing, and circulation; technically, you are figuring out the client who has the higher chance of dying first.

But what if, during your exam, you were given a client prioritization question that is not an ABC? How are you going come up with the correct answer?

Currently, test questions about client prioritization don’t only focus on the ABCs; they also focus on matters like safety, infection and laboratory values among other things. So, how are you going to deal with questions without the ABCs?

After your ABCs, safety comes next in the hierarchy. So, if your client has an altered state of consciousness, it will be directly correlated to his or her safety; making it a huge priority because clients who are at risk for fall may hurt themselves and will endure further injury.

Between a client who just came out of a surgical procedure versus someone who is going through sepsis, who should receive immediate attention? It would be the client with infection. Neutropenic precaution for people who have cancers is also included in this hierarchy.

Side note: To avoid confusion between septic clients or those going into the Systemic Inflammatory Reactive Syndrome (SIRS) criteria versus those who have problems with their ABGs, you first need to have basic knowledge of the different components. By being familiar with what goes on between your SIRS and your ABGs, it would be easier for you to identify which should be prioritized.

When referring to diagnosis, it’s usually the post-operative clients that get immediate care. Therefore, if you get a question that asks you, “Who among the following would you see first?” The post-op client is a priority.

Which of the following clients must be checked first?

In this scenario, you will choose letter C since there are a lot of complications that may happen within the first few hours after the operation. These clients are sedated and are at risk for bleeding; which is also the reason why assessment and care for post-op clients are not delegated. Asthma exacerbation is also high on the diagnosis list.

Pain is low on the prioritization list because people do not die of pain. You have to keep in mind that prioritization is always based on the idea of choosing the client that has an increased chance of dying. Pain is manageable, and the discomfort can be tolerated for a certain period.

Client prioritization depends on the client’s status at a given moment. So you just need to identify who is at risk for danger or who is at risk for death. If you’ve observed, these clients who are post-operative, who have acute asthma attacks, or who have neutropenic precautions can all be qualified under top priority. Therefore, choosing your answer will greatly depend on the changes seen in the client and the severity of the condition.