After going through the different kinds of volume depletion drugs, we’ll be discussing what beta-blockers are. Beta-blockers are commonly given to hypertensive clients to manipulate the conduction system of the heart.

There are a couple of ways to lower blood pressure. First is taking off the workload by decreasing the fluid volume, through the use of diuretics and ACE inhibitors. And the second is to decrease the rate of conduction inside the heart through the use of beta-blockers.

Beta-blockers are negative chronotropic drugs that block the SA node of the heart increased, inappropriate contractions. But how do beta-blockers work?

If beta-2 is stimulated by giving a client beta-2 agonist, this will cause bronchial dilation. However, if beta-2 is provoked, beta-1 is also triggered; meaning, the heart rate will rise, leading to tachycardia. This is the reason why clients who are receiving treatment for breathing problems have increased heart rate. So, beta-blockers technically decrease heartbeats.

Beta-blockers end in “-lol,” like laugh out loud. Some popular examples are atenolol and metoprolol.

There are four Bs that healthcare providers need to be aware of when administering beta-blockers. What are these four Bs?

Bradycardia means that the heart rate has dropped to less than 60 beats per minute. Obviously, the aim for giving beta-blockers is to slow down the client’s heart rate, but not to kill the client by continuously administering anti-hypertensive drugs. Therefore, to determine if it is safe to give beta-blockers to a client who is taking several anti-hypertensive drugs, blood pressure must be taken.

Since beta-blockers affect the beta receptors in the heart, there will be no direct effect on blood pressure, but it is essential to observe the client’s trend or status.

So, how are anti-hypertensive medications given?

Give the client the least heavy dose first. Meaning, volume depletion medications must first be given before messing with chronological or electrical conduction drugs. Some volume-depleting drugs are:

Major nursing exams and the NCLEX® tend to ask trick questions that are related to this kind of dilemma. Remember that if the scenario is questionable, the answer is most probably to hold the next dose of anti-hypertensive.

This might be a bit confusing, but the logic behind this side effect is that anytime beta-1 is blocked since it’s non-specific, beta-2 is also blocked. If albuterol is given, there is a probability of causing an increased pulse rate.

Beta-blockers interact with insulin release, masking the signs and symptoms of low blood sugar and bradycardia.

To check out our previous beta-blocker lectures, and to find out more nursing-related videos, drop by our Simple Nursing website and YouTube channel.

We’ll be having a quick congestive heart failure review and we’ll also go over the drugs involved in treating the condition.

Antihypertensive drugs are responsible for relieving pressure that’s being set on the heart. The aim is to basically get the heart pumping normally that it can stretch and squeeze to eject and distribute blood to different parts of the body with as little effort as possible.

In congestive heart failure (CHF), there is a lot of pressure from the peripheral veins that is being pushed on the heart. A primary cause of CHF would be increased sodium in the diet. Fortunately, there are tons of medications that can take this pressure off of the heart and promote proper blood flow.

What are the drugs that help in alleviating the pressure from the heart? These drugs are categorized into A-B-C-D. What does each letter stand for?

The Drugs for Heart Failure

A is for ACE Inhibitors

ACE inhibitors act on the renin-angiotensin-aldosterone system (RAAS) in the kidneys, which are responsible for bringing the pressure from the peripheral veins and blood vessels to decrease the pressure experienced by the heart.

B is for Beta-blockers

The basic function of beta-blockers is to block the beta receptors that have sympathetic nervous system response. And since the response is sympathomimetic, it’s basically the fight or flight reaction of the body which causes increased blood pressure and heart rate.

Blocking the beta receptors will result in relaxation of the heart, resulting to decreased blood pressure and heart rate.

C is for Calcium Channel Blockers

At SimpleNursing.com, there is a separate video about calcium channel blockers showing a detailed instruction on how calcium affects your body and, specifically, your heart.

So, when you think of calcium, the first thing that would come to mind is, it’s mainly found in the bones and is required for hardening the bone structure. That said, if there is an overload of calcium, the heart will be directly affected, causing it to harden. And if that happens, it will be very difficult for the heart to stretch and squeeze blood to the different parts of the body. Therefore, calcium channel blockers block the channels responsible for heart calcification, bringing back the normal function of the heart.

D is for Diuretics

You can think of diuretics as the agents that open up the faucet inside your body – the faucet being your kidneys. And because the urinary tract primarily functions to excrete fluid from the body, it is imperative that the kidneys are properly working to relieve the heart of unnecessary pressure due to fluid overload.

Diuretics are effective in opening up these faucets (kidneys) to release toxins and fluids out of the body. Some of the main examples of diuretics are Lasix and hydrochlorothiazide. By decreasing the amount of blood or fluid that is going inside the heart, diuretics reduce stress and workload of the heart. Diuretics are basically calming down the increased pressure being pushed on the heart to the point of normalcy.

On our next discussion, we’ll take an in-depth look at the mechanism of action of ACE inhibitors, beta-blockers, calcium channel blockers, and diuretics.

You can drop by SimpleNursing.com and gain access to tons of topics that will help you pass major nursing exams and your NCLEX®. See you there! 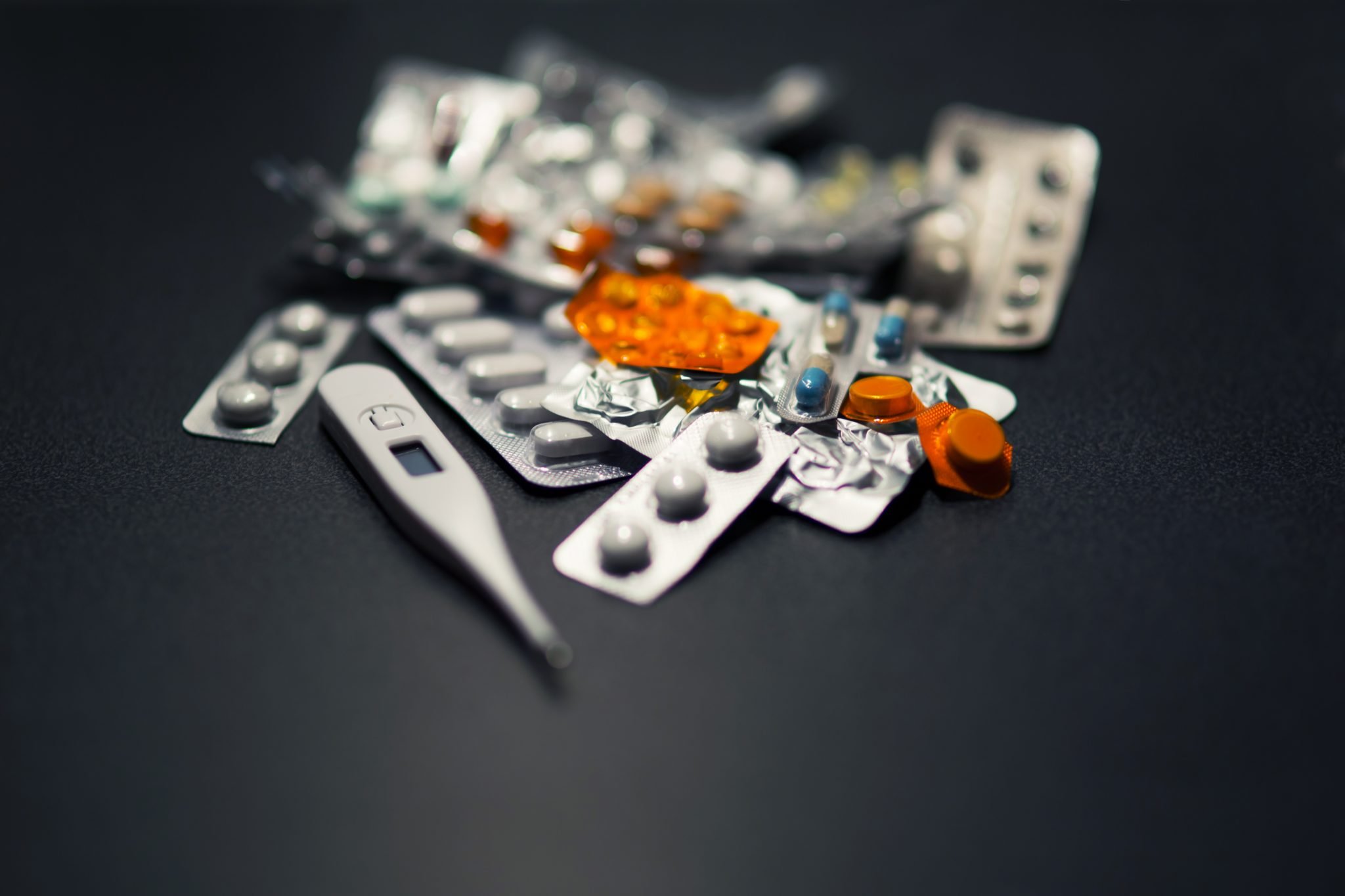 Beta-blockers are, in the simplest sense, heart medications for clients with hypertension that is mainly focused on the conduction system of the heart.

Just to refresh your memory, there are two ways to lower blood pressure.

Beta-blockers are negative, chronotropic drugs that block that SA node from contracting excessively. Beta-blockers block the beta-adrenergic receptor also known beta-1 and beta-2. Beta-1 are receptors in the heart stimulates increased heart contraction. If stimulated, these beta receptors can cause contraction at higher rates. Similarly, this concept applies to beta-2 in the lungs.

Beta-2 agonist causes bronchial dilation. One typical example is albuterol. Dosing someone with albuterol will antagonize beta-2. However, it will also affect beta-1 which means that there will be a noticeable rise in your heart rate. This is the reason why treatment of beta-2 causes tachycardia in clients.

Beta-blockers block beta. Beta excited the heart. When the beta is blocked, the heart rate decreases. It’s as simple as that. Cool!

According to the FDA, identification of these types of drugs must be through their suffix. One of the easiest ways to identify your beta-blockers is to know, by heart, that it can make you laugh out loud (LOL). Meaning, beta-blockers generic names end in –lol. A typical example is atenolol and metoprolol.

When giving beta-blockers to your clients, you have to watch out for these adverse effects.

In giving anti-hypertensives, it is advised to give the client the least heavy doses first. Meaning, give your volume depleters first; this will be your diuretics, ACE inhibitors, ARBs, and potassium-sparing diuretics. Don’t opt for electrical or chronological conduction drugs until you have given the volume-depleting drugs and have thoroughly assessed your client’s vitals.

This thought is going to be very useful during exams with borderline, tricky questions. Remember, the most likely answer is holding the drug if the systolic pressure drops to 100.

If you’re going to administer a couple of anti-hypertensive drugs, make sure that you ask yourself how safe is it to give. Always run scenarios inside your head especially in terms of the possible out if you gave beta-blockers with other anti-hypertensive drugs. Getting the blood pressure is the best way to assess the necessity of administering the drug. If the blood pressure has significantly dropped after an hour or so, chances are, you won’t be giving the drug.

Yes, we have mentioned that beta-blockers do not decrease blood pressure and only affects Beta-1 in the heart; however, if the stroke volume is decreased, the cardiac output is decreased as well. Low blood pressure is a possible side effect.

Yes, it was mentioned that beta-blockers are for blocking Beta-1; however, there is a probability that Beta-2 can also be blocked. Though it may be specific, it can happen.

If your client has low blood sugar, beta-blockers can mask the signs and symptoms of bradycardia.