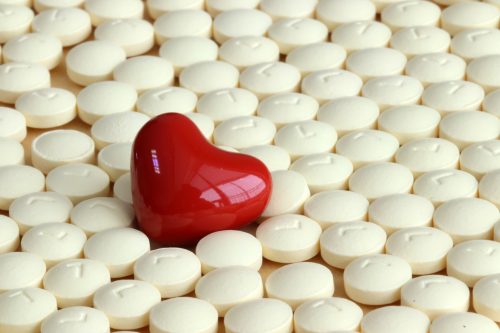 After going through the different kinds of volume depletion drugs, we’ll be discussing what beta-blockers are. Beta-blockers are commonly given to hypertensive clients to manipulate the conduction system of the heart.

There are a couple of ways to lower blood pressure. First is taking off the workload by decreasing the fluid volume, through the use of diuretics and ACE inhibitors. And the second is to decrease the rate of conduction inside the heart through the use of beta-blockers.

Beta-blockers are negative chronotropic drugs that block the SA node of the heart increased, inappropriate contractions. But how do beta-blockers work?

If beta-2 is stimulated by giving a client beta-2 agonist, this will cause bronchial dilation. However, if beta-2 is provoked, beta-1 is also triggered; meaning, the heart rate will rise, leading to tachycardia. This is the reason why clients who are receiving treatment for breathing problems have increased heart rate. So, beta-blockers technically decrease heartbeats.

Beta-blockers end in “-lol,” like laugh out loud. Some popular examples are atenolol and metoprolol.

There are four Bs that healthcare providers need to be aware of when administering beta-blockers. What are these four Bs?

Bradycardia means that the heart rate has dropped to less than 60 beats per minute. Obviously, the aim for giving beta-blockers is to slow down the client’s heart rate, but not to kill the client by continuously administering anti-hypertensive drugs. Therefore, to determine if it is safe to give beta-blockers to a client who is taking several anti-hypertensive drugs, blood pressure must be taken.

Since beta-blockers affect the beta receptors in the heart, there will be no direct effect on blood pressure, but it is essential to observe the client’s trend or status.

So, how are anti-hypertensive medications given?

Give the client the least heavy dose first. Meaning, volume depletion medications must first be given before messing with chronological or electrical conduction drugs. Some volume-depleting drugs are:

Major nursing exams and the NCLEX® tend to ask trick questions that are related to this kind of dilemma. Remember that if the scenario is questionable, the answer is most probably to hold the next dose of anti-hypertensive.

This might be a bit confusing, but the logic behind this side effect is that anytime beta-1 is blocked since it’s non-specific, beta-2 is also blocked. If albuterol is given, there is a probability of causing an increased pulse rate.

Beta-blockers interact with insulin release, masking the signs and symptoms of low blood sugar and bradycardia.

To check out our previous beta-blocker lectures, and to find out more nursing-related videos, drop by our Simple Nursing website and YouTube channel.