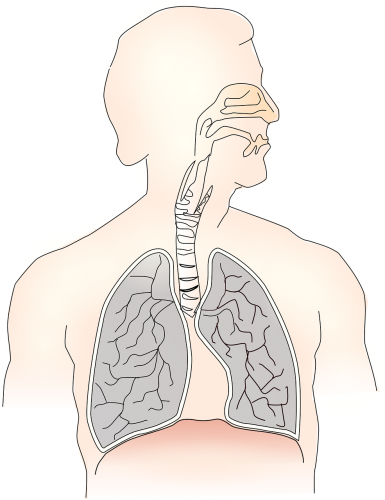 Tuberculosis (TB) is a bacterial infection that resides inside the lungs caused by Mycobacterium tuberculosis. While books and nursing lectures would insist that tuberculosis is a droplet precaution, the Centers for Disease Control (CDC) and Prevention would say otherwise.

According to the CDC, tuberculosis is an airborne precaution that can spread by breathing in the same air that an infected person breathes in, especially when the person coughs, sneezes, laughs, sings, and even speaks.

Airborne diseases can be categorized with MTV, which can be translated as:

Varicella and mumps are also under the category of contact precautions. Take note that MTV diseases are required to be placed inside a negative pressure room so that air is taken out, minimizing the risk of spreading the diseases.

Breathing In the Same Air

Airborne precautions are mandatory for nurses who are caring for tuberculosis clients. Instead of the usual surgical mask, healthcare providers in charge of clients with tuberculosis wear N95 masks. N95 masks help in preventing inhalation of outside air.

As the bacteria goes inside the lungs, it spreads through the lymphatic system and into the bloodstream. Once the body’s immune system is alerted, the B cells will create antibodies against the infection and the T cells, which are the natural born killers, will attack the tuberculosis bacteria. The macrophages will then make a perimeter to quarantine the bacteria and cease reproduction and growth inside the lungs.

Unfortunately, the T cells cannot kill the bacteria; the best thing that they can do is to isolate the bacteria so it cannot spread out. It’s like putting the bacteria inside the prison. Captive bacteria are now called granulomas.

When a client comes into the ER, they usually are not aware that they have TB. Therefore, there are a couple of ways to assess if this client has tuberculosis.

A blood-tinged cough related to tuberculosis usually comes out in NCLEX® . Hemoptysis is the medical term given to coughing up of blood.

Along with bloody sputum, there would also be the difficulty of breathing or dyspnea and pallor due to the infection and lack of oxygen exchange inside the lungs.

Crackles are sounds that are distinguishingly heard clients are auscultated that are mainly caused by fluid accumulation inside the small airways of the lungs or the alveoli. Crackles can either be coarse or fine. Aside from tuberculosis, crackles can also be heard from clients with CHF, bronchitis, and pneumonia.

These lung issues are usually resolved by bronchodilators and anti-inflammatories.

Loss of appetite can lead to anorexia or weight loss. When a person is sick and is experiencing lack of oxygen, the craving to eat becomes absent. Furthermore, the client gets easily tired or fatigued.

Night sweats get worse in time, and it’s because of the infection brewing inside the body.

There are a couple of ways to confirm a diagnosis of tuberculosis.

Granulomas that show on the x-ray result as small ducts or bumps indicate positive tuberculosis reading from radiology.

The sputum test is done first thing in the morning so that the bacteria can brew overnight. This is done for three consecutive days, always upon waking up in the morning.

A skin test, also known as a positive protein derivative (PPD) test that shows a raised lump within 48 hours indicates that there is a positive reaction. This means that the T cells and macrophages have effectively surrounded and caused inflammation to the protein injected in the arm.

If the tuberculosis infection has spread to other parts of the body, white blood cells will increase more than 10,000.

Erythrocyte segment rate (ESR), on the other hand, is more specific because this indicates the presence of inflammation, assisting with the diagnosis of tuberculosis.

A negative tuberculosis screening, also known as latent phase, does not necessarily mean that there is absolutely no sign of the bacteria inside the body. To achieve a negative result in a latent stage, the client should have the following outcomes:

A positive, active result will yield the following:

For our next video, we’ll be discussing the nursing intervention of tuberculosis clients. For other respiratory lectures and nursing-related topics, you can visit our SimpleNursing website and YouTube channel.