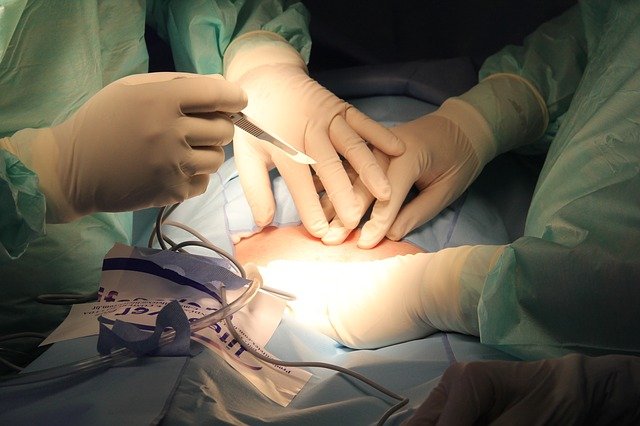 In this part of our perioperative nursing lecture, we’ll be focusing on what’s going on inside a post-anesthesia care unit (PACU).

So, there are a couple of questions we will be answering as we go through this discussion, mainly:

Amongst tons of surgeries done inside an operating room, there are top three procedures that are commonly done, which are:

What Happens Inside the PACU?

For those who are unaware, when a client comes into the PACU, it means that surgery has been done and being the nurse in charge, there are a couple of things that you are required to do to ensure the safety and condition of your client.

So, the first thing that would happen inside the post-anesthesia care unit is that the anesthesiologist will inform you on the type of anesthesia that was given. Providing this kind of detail is essential to provide nurses with an idea regarding the status of their client, especially the drug which was used to suppress the central nervous system.

Whatever anesthesia is given, you can expect the following reactions from your client:

So, remember giving anesthesia will result in a depressed central nervous system. That is why it is important to note the input and output of the client before and after the operation to determine the estimated blood that was lost during the procedure.

Checking the laboratory values is vital when a client comes out of the operating room. To know the estimated blood loss and prevent the client from further bleeding, the nurse-in-charge should check the following coagulation factors:

Aside from the laboratory values, you also have to assess the status of your unconscious client. So, the first thing that you have to do is to observe for the airway, breathing, and circulation (ABC).

Between bleeding out from the incision site to not breathing, your priority is to make sure that the client’s airway is clear and is breathing properly.

Why is airway and breathing the first priority?

We’ve previously mentioned that anesthesia suppresses the central nervous system which is why you have to make sure that the client’s airway is patent and that breathing is normal to promote and facilitate oxygen exchange to the lungs and heart.

So, after checking your client’s airway and breathing, the next thing that you have to asses is circulation. Your primary concern is the incision site. You have to ask yourself the following questions while assessing the surgery site:

If there’s the presence of bleeding, you are not to remove the initial dressing. You have to call the doctor first and inform him or her about the client’s condition. You also have to take note of the bleeding by outlining the site with a pen at the beginning of the shift so that you can easily assess if there is excessive bleeding if the stain becomes bigger and the dressing becomes soaked.

But what does a normal, acceptable wound bed look like?

Your client’s wound bed has to be clean, dry, and intact. It should be cool to the touch, and the wound should appear pink. This would interpret that the client’s condition is getting better and is considered as a positive outcome.

Another sign that your client has infection is when he or she develops a fever. Upon checking the vital signs, clients with fever will manifest an increased body temperature and a skyrocketing heart rate.

If your client underwent knee or extremity surgery, one of the major assessments that you have to take into consideration is the circulation of sensory and motor functions which is the capillary refill. Capillary refill is blood returning to the distal portions of the body.

There are two indications of decreased circulation:

Remember that one of the most important things that you have to do when focusing with your DAR is gathering sufficient and accurate data to do appropriate action and yield a positive response. Nurses who are unable to gather data correctly, the client might lose his or her foot because oxygen is no longer reaching the extremities.

To know your client’s pain, you have to ask them personally. If they are unable to talk due to the effects of pain medication, make sure that you are assessing the level of consciousness because there might be analgesic overdose which can cause decompression of the brain, lungs, heart, and the GI.

Here is a summary of the things that you have to remember when taking care of a post-operative client:

So, that’s it for the initial assessment done in the PACU. For our next lecture, we’ll go into the details of an ongoing assessment.

It is vital for nursing students to know how to prioritize clients to identify which client gets care first easily. Considering that nursing has a lot of elements involved and time management is vital, one must be critical in managing a wide array of responsibilities that can be quite overwhelming. Not only is this important in a hospital setting but also prioritizing gets quite tricky in the exams.

Prioritization without the ABCs

They don’t make it like they used to – the nursing exams. Because sometimes, the questions that come out are the ones you least expected. We all know prioritizing is tied to the ABCs – airway, breathing, and circulation; technically, you are figuring out the client who has the higher chance of dying first.

But what if, during your exam, you were given a client prioritization question that is not an ABC? How are you going come up with the correct answer?

Currently, test questions about client prioritization don’t only focus on the ABCs; they also focus on matters like safety, infection and laboratory values among other things. So, how are you going to deal with questions without the ABCs?

After your ABCs, safety comes next in the hierarchy. So, if your client has an altered state of consciousness, it will be directly correlated to his or her safety; making it a huge priority because clients who are at risk for fall may hurt themselves and will endure further injury.

Between a client who just came out of a surgical procedure versus someone who is going through sepsis, who should receive immediate attention? It would be the client with infection. Neutropenic precaution for people who have cancers is also included in this hierarchy.

Side note: To avoid confusion between septic clients or those going into the Systemic Inflammatory Reactive Syndrome (SIRS) criteria versus those who have problems with their ABGs, you first need to have basic knowledge of the different components. By being familiar with what goes on between your SIRS and your ABGs, it would be easier for you to identify which should be prioritized.

When referring to diagnosis, it’s usually the post-operative clients that get immediate care. Therefore, if you get a question that asks you, “Who among the following would you see first?” The post-op client is a priority.

Which of the following clients must be checked first?

In this scenario, you will choose letter C since there are a lot of complications that may happen within the first few hours after the operation. These clients are sedated and are at risk for bleeding; which is also the reason why assessment and care for post-op clients are not delegated. Asthma exacerbation is also high on the diagnosis list.

Pain is low on the prioritization list because people do not die of pain. You have to keep in mind that prioritization is always based on the idea of choosing the client that has an increased chance of dying. Pain is manageable, and the discomfort can be tolerated for a certain period.

Client prioritization depends on the client’s status at a given moment. So you just need to identify who is at risk for danger or who is at risk for death. If you’ve observed, these clients who are post-operative, who have acute asthma attacks, or who have neutropenic precautions can all be qualified under top priority. Therefore, choosing your answer will greatly depend on the changes seen in the client and the severity of the condition.