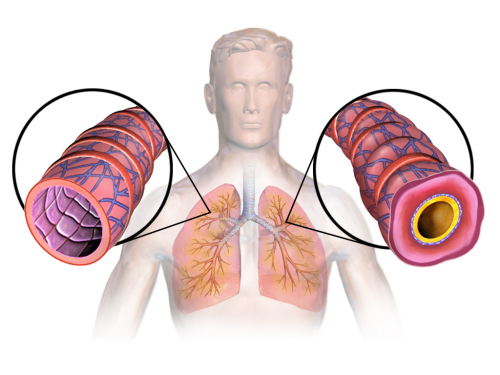 Respiratory failure is a lung issue that happens when there is insufficient oxygen passing through the lungs and into the blood. For proper functioning of the different parts of the body, it needs ample amount of oxygen in the blood.

There would be instances when you’ll be having trouble in getting that oxygen down to the lungs which can be caused by certain medical conditions like a decreased diaphragm function, myasthenia gravis, or other neurological problems that can affect the muscles of the lungs.

Chronic obstructive pulmonary diseases (COPD) and pulmonary embolism are other types of mechanical problems that can affect proper lung functioning. Taking deep breaths would be difficult and sometimes painful. A broken rib and a pneumothorax are also conditions that can prevent the client from doing deep breaths and getting sufficient ventilation.

In terms of quality of oxygen-blood exchange, this will focus on how much oxygen is integrated into the blood’s hemoglobin. The quality entirely depends on the oxygen that’s coming inside the lungs which can be influenced mainly by decreased atmospheric oxygen – like when you’re climbing on top of a mountain.

Low atmosphere affects the lungs and becomes a problem due to the lack of oxygen; this is quite unusual unless your client climbs mountains.

Low hemoglobin or low volume in the blood means that there is an insufficient amount of hemoglobin to carry oxygen to various parts of the body. Though there is enough oxygen coming inside the body, the blood’s hemoglobin level is not adequate to carry all that oxygen around.

On the other hand, if there’s a blockage between the hemoglobin and the oxygen like there is too much fluid inside the lungs, it’s another reason to have respiratory failure.

Increased lung fluid tends to block oxygen to jump from the alveoli into the hemoglobin of the blood. A wet lung or an edematous lung can block the quality of oxygen that’s being distributed into the system. The moment this happens, it will lead to acute respiratory distress syndrome (ARDS).

This is like saying that a client who has sepsis has undergone septic shock and has systemic inflammatory response syndrome (SIRS) criteria. This is not three separate things, but they are actual problems ranging from small, medium, and large.

On our next article, we’ll discuss on knowing how to identify a client who is suffering from acute respiratory distress syndrome.

For other nursing lectures, you can drop by our SimpleNursing.com YouTube channel and go through tons of fun and informative videos that will help you with your major nursing exams, including NCLEX®.

You can also check out our website at SimpleNursing.com for easy-to-understand and concise nursing articles.