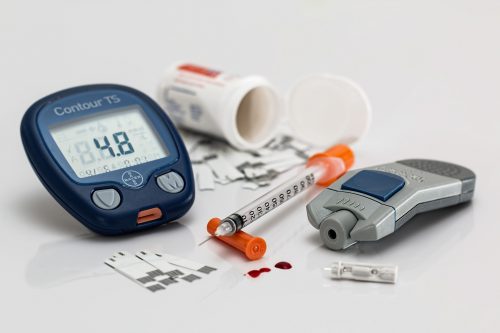 Remember the peak, onset, and duration of insulin is one of the most confusing topics in nursing pharmacology that a lot of students and nurses are having trouble with. But here’s an easy technique for you.

First, we’ll tackle the different types of insulin which are:

Long-acting insulin does not have a peak. So you can totally smudge that one problem from your mind and just focus on the other types. Short-term acting insulin is between 4 to 12 hours for NPH while rapid-acting is 30 to 90 minutes.

How can you quickly remember that?

Rapid-acting insulin has an onset of 15 to 30 minutes and peaks between 30 to 90 minutes. Some examples of this type of insulin are Humalog and NovoLog.

Short-acting insulin, which Mike also refers to as “short actresses with a height of 4”12’,” has an onset of 30 to 60 minutes and peaks between 4 to 12 hours. Majority of short-term acting insulin medications end in “-lin” like Humulin and Novolin.

Note: Insulin names of rapid-acting and short-term acting are almost similar it’s just that, it is easier for you to identify short-acting insulin because of the “-lin” attached to the name.

Long-acting insulin does not have a peak although its onset is from one hour until 24 hours.

On our next topic, we’ll be discussing diabetic ketoacidosis (DKA) and hyperosmolar hyperglycemic state (HHS). For those who want to find out more about the nursing topics that usually come out of nursing exams, visit us at simplenursing.com and indulge yourself to a wide variety of resources to help you cut your study time while effortlessly memorizing everything you need to beat the system and get higher grades.