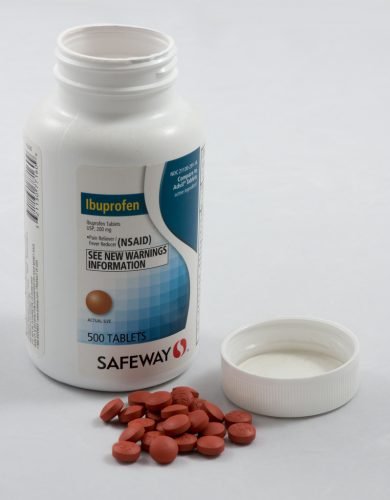 Non-steroidal anti-inflammatory drugs or NSAIDs are pain medications that bring down any inflammation inside the body without affecting the adrenal glands. In this lecture, we’ll go through the following:

When the body experiences stress, sickness, or any unusual disruption, inflammatory factors are released as a form of defense mechanism. Usually, inflammatory factors are apparent when people work out or participate in extreme physical sports. These activities will eventually lead to increased stress on the body and may prompt prostaglandin release.

After going through rigorous training, it is expected that people will complain of pain. And the moment people experience pain and inflammation, either localized or generalized, the next thing that’s supposed to happen is the ingestion of pain medication, primarily to eliminate the problem.

What are the inflammatory factors that are released as a form of defense mechanism?

COX-1 and COX-2 are the ones that produce prostaglandins. Prostaglandins are known to have several functions, namely:

One important detail about non-steroidal medications is that has antipyretic properties, which is why it is also given to pediatric clients.

A child is admitted in the emergency room due to a fever of 103 Fahrenheit that is not resolved by Tylenol which has been given every three hours. Question: Is it appropriate to give an NSAID?

Yes, you can. NSAIDs have the same anti-pyretic or anti-fever properties. Double doses of NSAIDs can also be given because they do not have toxic effects on the liver, whether it’s an adult or a pediatric client.

NSAIDs and the Central Nervous System

How does NSAID act on the central nervous system with regards to its antipyretic properties?

NSAIDs act on the on the hypothalamus, the thermo-regulator of the brain. You can remember the hypothalamus by also calling it the “hypothermostat” because one of its primary functions is to control the body’s temperature.

If a client is feverish, NSAIDs will immediately act on the hypothalamus to persuade it to decrease the body’s temperature. NSAIDs cause dilation of the blood vessels which will result in the release of heat from the body.

For this reason, NSAIDs are usually given to clients who are either suffering from inflammation or fever, or both.

For other nursing-related discussions, drop by Simple Nursing’s website and YouTube channel and check out tons of comprehensive topics that will help you in major nursing exams and the NCLEX®.