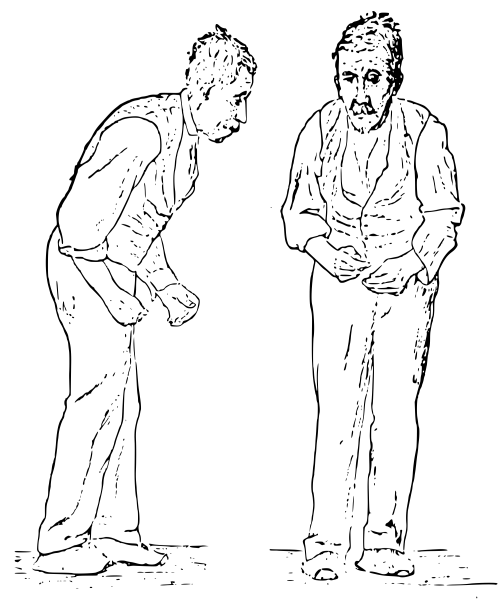 Parkinson’s disease is a progressive disorder that is primarily focused on the body’s dopamine production. It is not about the body attacking itself like that of multiple sclerosis or myasthenia gravis.

What happens in Parkinson’s disease?

Parkinson’s disease, much like ALS, is a progressive disorder that is just a fancy word for the continuous cessation of creating a substance primarily involved in the condition. In the case of Parkinson’s disease, the body has stopped making dopamine.

No dopamine, what does it mean?

Dopamine is a potent neurotransmitter that helps in controlling the brain’s pleasure and reward centers; it signals or transmits messages across the synapses. When dopamine is decreased or absent in the body, messages do not get relayed which will result in a central nervous system breakdown regarding motor function and dexterity of the muscles.

“No Dope in the Park”

Remember this phrase when you are trying to recall what Parkinson’s disease is.

When there is decreased dopamine or none at all, there’s “no dope in the park” because of the progressive nature that directly affects the brain’s communication with major parts of the body.

As a nurse, how are you going to fix the decrease in dopamine?

Well, there are a whole bunch of drugs that one can give to stimulate dopamine increase but before we discuss the kinds of drugs, we’ll first focus on the signs and symptoms and deviate a bit on how to diagnose Parkinson’s disease.

With all your other type of diseases, you have diagnostics like withdrawing certain chemicals from the body then sending it to the lab to be checked. With multiple sclerosis, there will be certain pathogens that will be present in the sample which creates an immune response, attacking the myelin sheath. A lumbar puncture and a CAT scan are done to assess how much of your body is creating this immune response to itself.

However, with Parkinson’s disease, diagnosis is based on the neurological signs and symptoms which mainly comprise of:

What can you do as a nurse to help your client with Parkinson’s disease? It’s the regular things – exercise and diet.

Losing weight, breaking a sweat, or exercising release dopamine. Though this is not a definitive cure, it can help in producing dopamine that can lessen the abovementioned signs and symptoms; but since this condition is progressive, exercise is just a control measure. Passive range of motion exercises can prevent joint stiffness.

Another nursing consideration that you have to wolteach to your client is to eat healthily. Consuming foods that are high in antioxidants – green tea and veggies – as well as foods that are high in fiber and low in sugar will slow the progression of Parkinson’s disease. So, diet and exercise are the two main things that you can ask your client to do.

For your Parkinson’s disease drugs, they will be discussed in our next lecture.

Drop by SimpleNursing.com for a wide range of nursing topics that will help with your study habits and pass the NCLEX®.

See you on our next Parkinson’s disease discussion!