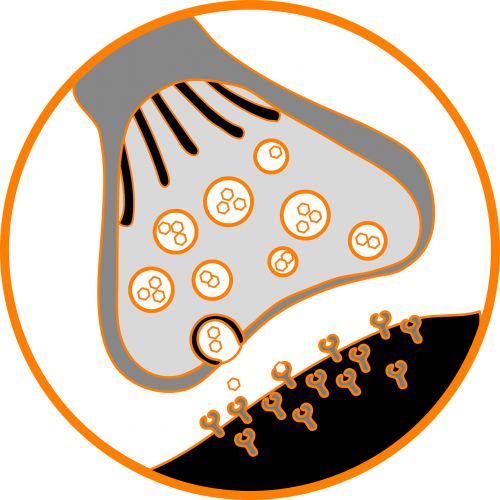 A nurse is caring for a client newly diagnosed with myasthenia gravis; understand that teaching has been effective when the client states _______.

Let the question above sink in as we move forward on our discussion about myasthenia gravis (MG) because later, we’ll be revealing the answers and thoroughly discussing their rationales.

Now, there are two reasons why myasthenia gravis is a tough subject to deal with because first, it has a lot of biochemistry involved; and second, the questions asked about MG are usually select-all-that-apply questions. It’s like a double whammy.

To help you with MG, we’ll first go through its pathophysiology, then start answering the question above.

Myasthenia gravis is a type of neuromuscular disorder that causes weakening of the muscles, especially those smaller muscles like that of the eyes. As per Mike, he calls it “myasthenia gravity” because the eyes of a person who has MG are always droopy like gravity is always acting on them.

Myasthenia gravis is also an autoimmune disorder wherein the body is attacking itself. It’s like having your platoon working in the same direction, and due to specific factors, the same platoon turns on the body and starts attacking it.

The main reason why the muscles contract with all the action potential and nerve endings is because of neurotransmitters. Neurotransmitters communicate and send messages to your neurons, which basically tells the body what to do like:

The synapses are playing a telephone game and are mainly responsible for sending neurotransmitters across.

In myasthenia gravis, the body blocks messages from going through, and one of the primary messages or neurotransmitters that relay messages along this gap is called acetylcholine (ACH).

With MG, there is sufficient amount of ACH in the body, but because the illness causes the body to attack the ACH receptors, no messages can go through and be relayed to certain parts of the body like the eyes; thus, the droopy, tired eyes.

Even though ACH levels are normal, if there is a shortage of reuptake receptors due to the attack, the messages will not be relayed, and the receiver on the other end of the line will not be getting any orders or messages which is why the muscles get very weak when you have myasthenia gravis.

The Role of Stress

As per Mike, myasthenia gravis is an ebb and flow type of diagnosis. Stress plays a huge part in causing the body to attack itself. Which is why, if a client puts themselves under a lot of pressure and stress, the body reacts negatively by becoming angrier leading to an attack on the acetylcholine receptors that causes muscle weakness. Therefore, it is important to take note that stress will do further damage to the client and will worsen myasthenia gravis.

So, in dealing with myasthenia gravis, the primary goal is decreasing the body’s immune system or function by providing pharmacologic interventions.

Okay, so going back to the question posted above, we will go through all the answers one by one, and we’ll figure out the rationale behind every answer or non-answer. Take note that this is a select-all-that-apply question, meaning there is more than one answer to this question.

Q: A nurse is caring for a client newly diagnosed with myasthenia gravis; understand that teaching has been effective when the client states _______.

Okay, so let’s break the options down one-by-one. Take note that this is an effective teaching moment question which would prompt you that your client teaching has been effective if he or she stated the correct answers identified below.

Rationale: As previously stated, myasthenia gravis is an autoimmune, neuromuscular disorder wherein the body attacks itself by targeting the acetylcholine receptors.

Rationale: Unfortunately, there is no cure for myasthenia gravis. The symptoms, however, are treatable with drugs like Prednisone, a steroid that brings down inflammation and reduces stress exerted on the immune system, causing it to calm down and stop attacking the receptors. Immunosuppressants also help in decreasing the immune response that leads to less attacking.

Additional info: Prednisone is also used in Lupus and Cushing’s syndrome to bring down inflammation primarily. There is a video discussion about this if you’re interested. Check it out at simplenursing.com

Rationale: Myasthenia gravis can cause life-threatening breathing problems because of muscle weakness. Taking in deep breaths require a lot of muscle movement; therefore, having MG can severely affect this action.

Rationale: This needs a bit of explaining. But this one’s simple. So, when you think about rheumatoid arthritis (RA), it’s the same immune response but, instead of the body attacking the neurons, it’s striking the joints where your cartilages are located. The attack on the cartilages can cause inflammation or puffiness; therefore, prednisone and immunosuppressants are administered to decrease swelling and inflammation. Because of that, there is a possibility that when a client has MG, he or she can also develop RA.

Rationale: Heavy sunlight, rigorous activities, exposure to indisposed people, getting the flu, over-exercising, and any tiring activity will stress out the immune system. So when a person gets exposed to heat, the immune system gets stressed out because it will prompt the need to defend itself.

Remember that every time a question about myasthenia gravis pops out, the first thing that must come to mind is respiratory issues since the condition primarily affects the muscles.

So, that’s a quick myasthenia gravis info for you and a favorite NCLEX practice test question. Drop by simplenursing.com for a more detailed presentation and review of myasthenia gravis and other nursing topics that are NCLEX favorites.