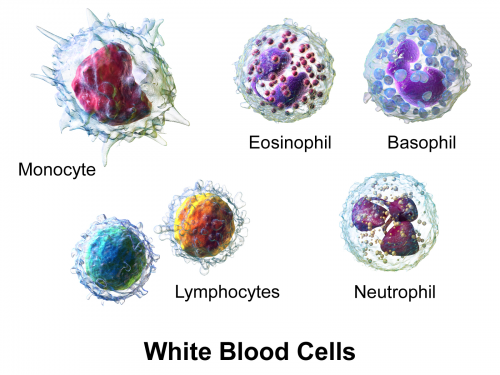 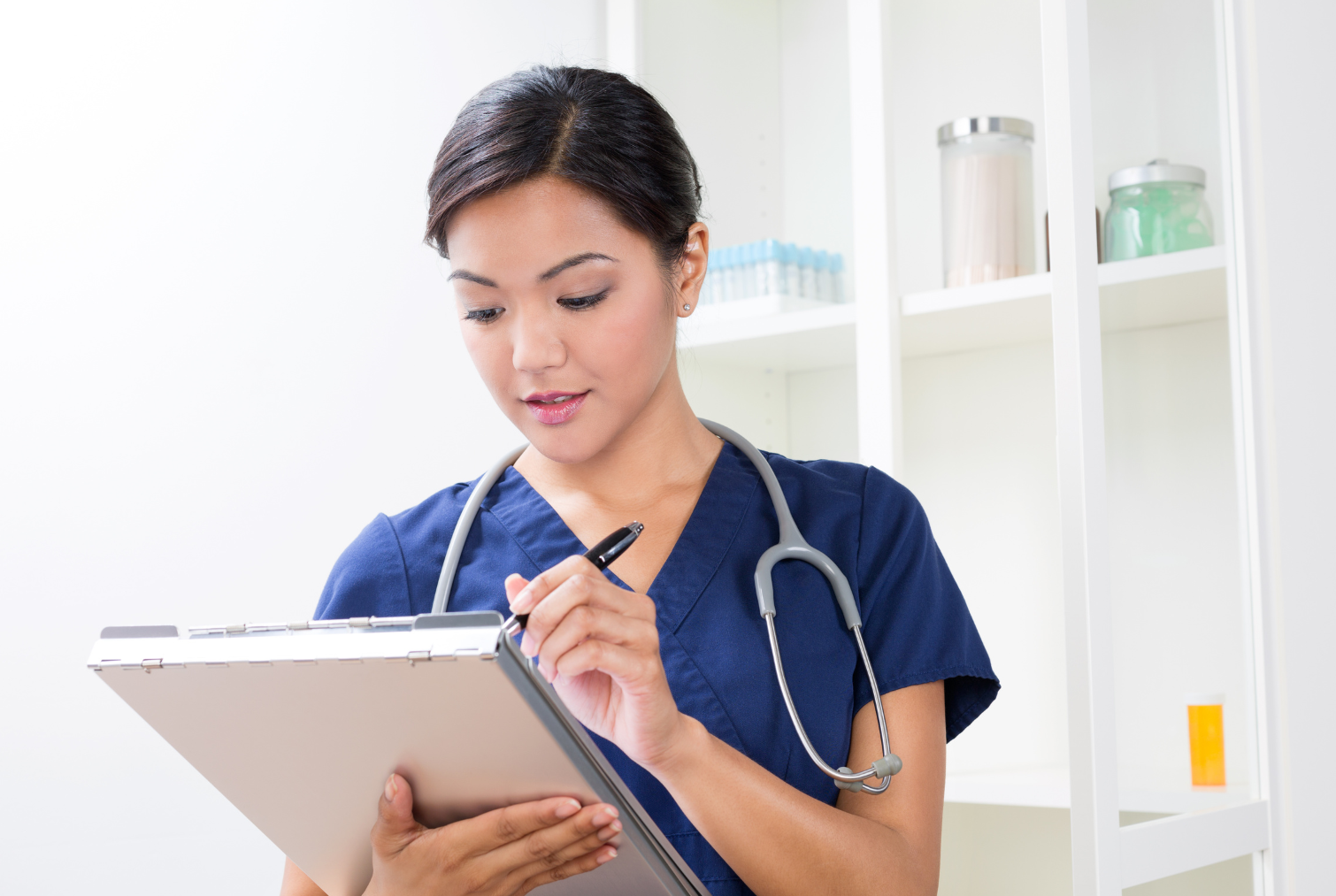 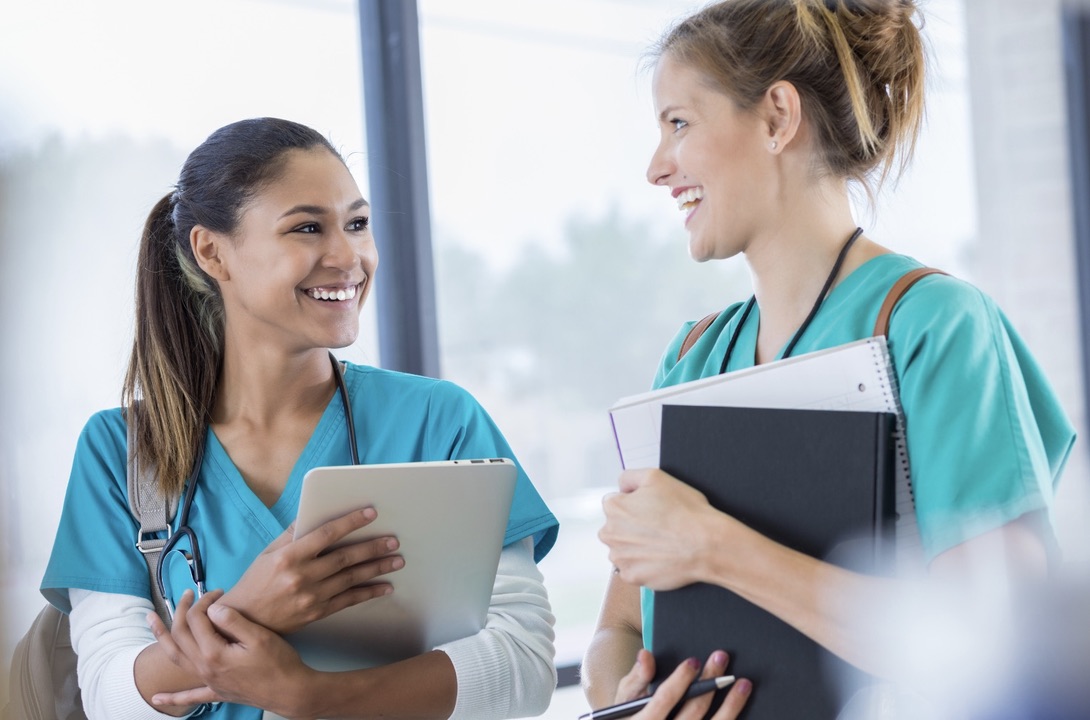 In this lecture, we will talk about immunology, mainly focusing on the white blood cells (WBC) which are considered as the body’s military base or police department.

Within the military, different positions are particularly tasked with responsibilities, ranging from detectives, investigators, patrol officers, sergeants, and captains. Similarly, white blood cells also have these types of components which we will all go through thoroughly to properly identify their jurisdictions and functions.

First, we’ll have a quick introduction of each key player and elaborate later on. What are the primary components of white blood cells?

Once the white blood cells are created, they are stored in the barracks – the spleen. The spleen not only serves as the storage for WBCs but it also is the graveyard for hemoglobin and platelets.

White blood cells “patrol” along the highways of the lymphatic tissue as well as the bloodstream. So that, if ever there are invaders, the white blood cells will easily be prompted and will be activated to take on whatever threat present in the system. For this reason, whenever a person is deemed sick, blood culture is taken to determine what kind of infection the body has.

As mentioned earlier, we will discuss every white blood cell component that we have identified above.

If there’s inflammation happening within the body, you can count on neutrophils to act on them. Neutrophils make up 55% up to 70% of the body’s WBC army. Under this category, there are two different types – the segmentals and the baby bands.

Segmentals are the upper-class men in the army that are tasked to fight off bacteria and viruses that cause infection which lead to inflammation. On the other hand, the baby bands are immature segmentals that are also created to ward off the threat inside the body but are too small and underdeveloped to do so.

Monocytes make up five to six percent of white blood cells and are divided into macrophages and phagocytes. Monocytes are the patrol officers inside the body that go around the system, destroying and devouring viruses and bacteria that can cause infections.

While macrophages and phagocytes are categorically the same when it comes to responsibilities, macrophages are more elite than phagocytes; much like a sergeant to a cop. You can consider monocytes as Pac-man because of their nature of “eating up” harmful threats.

The lymphocytes are the main patrollers of the lymphatic tissues and the bloodstream, making up 30% to 40% of the body’s WBCs. These patrollers are known as the natural killer cells because of their Terminator-like properties that will eliminate any intruder in their path. The lymphocytes are composed of the B cells and the T cells.

As mentioned above, the B cells are the plasma cells that are like little plasma guns which shoot tags (antibodies) all over an in invading bacteria, marking it and prompting the other white blood cells to get rid of it. To explain further, let’s create a simple scenario:

Imagine robbers invading a bank. The other white blood cells – segmentals, macrophages, T cells – show up like a SWAT team. To be able to differentiate the robbers from the hostages, the B cells will “spray” or mark them as the threat using antibodies, and because of this action taken by the B cells, the SWAT team will immediately recognize who to eliminate.

This scenario is a nice way to interpret how B cells work – an invading organism comes in, the B cells spray it with antibodies, alerting the other cells what to attack.

The T cells, on the other hand, are the killers of the viruses and bacteria. There are two divisions of the T cells – CD8 and CD4. The CD4 is the component that is primarily targeted by the human immunodeficiency virus (HIV); while the CD8 binds directly to the antigen to kill the invading bacteria.

CD8 binds with the antigen that the B cells have marked as the “bad guys.” Once spotted, the CD8 cells will pursue the target and wipe them out immediately.

CD4 cells have a number of responsibilities, namely:

These summoned mercenaries take order from the CD4 cells on what to kill or eat.

HIV and the CD4 Cells

When a client has human immunodeficiency virus, the CD4 cells are compromised because the virus attaches itself to the CD4 cells and invades them by sending its DNA inside the CD4 cells. Once HIV has invaded the CD4 cell, it will take over command of the “mothership.”

Like that of sci-fi films, once the mothership has been captured and taken over by threats, the decisions will be altered, and the control of the entire army will be at the mercy of the invaders. This makes HIV smart because instead of destroying the one in charge, it re-hardwires its system through DNA invasion and takes control over the fleet, making HIV a scary form of virus.

What happens to the army of white blood cells? All these armies – B cells, lymphocytes, macrophages, will still be taking command from the CD4 cell that has now been infiltrated by HIV. Which is why, if there are other bacteria or viruses that enter the body, the army will not function properly or will not respond at all.

We have an entire lecture dedicated to HIV. You can visit SimpleNursing.com for a more comprehensive explanation regarding this topic.

The Final Stage of WBC Development

As previously mentioned, the thymus is the area where white blood cells are developed completely; it’s the boot camp where they perfect their skills in warding off harmful elements that can inflict the body. The spleen is the barracks where they are stored and where they wait for further instructions.

Remember that the spleen is not just a storage but also a graveyard for hemoglobin and platelets, it is also where dying hemoglobin is converted into bilirubin before it is sent to the liver. The liver will put the bilirubin on the bile bus together with cholesterol and eventually drive them out of the body.

Newborns have a lot of mixture of blood and hemoglobin that are broken down in the spleen. This increased level of hemoglobin is then taken to the newborn’s liver, and since the liver is not big enough to accommodate high levels of bilirubin, the bile bus becomes overloaded; thus, jaundice happens. Though this has nothing to do with the WBC immunology review, it is connected with the spleen’s responsibility.

To know more about the functions of the spleen and the breakdown of hemoglobin, you can check out our website at SimpleNursing.com.

White blood cells patrol the lymphatic system and the bloodstream, making it easier for white blood cells to detect if there are threats inside the body. Which is why, whenever blood samples are taken and there is an increased level of white blood cells, medical professionals will immediately suspect the presence of an infection, whether it’s bacterial or viral.

The ways to determine increased white blood cells are through blood culture and lumbar puncture to take cerebrospinal fluid.

So, that’s it for our white blood cell elite squad lecture. We hope to see you again in our other lectures. Remember to visit us at SimpleNursing.com. 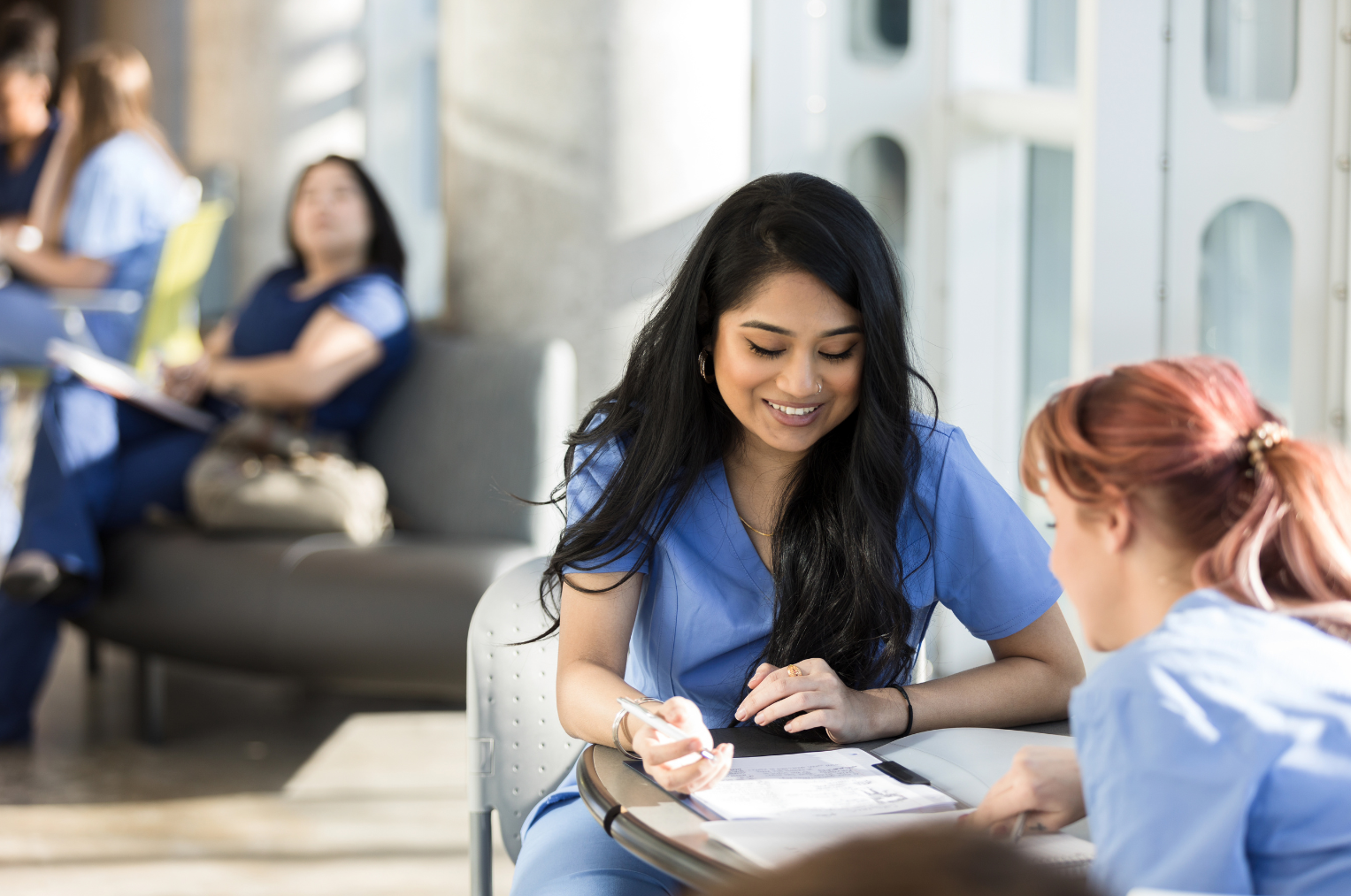 An NCLEX Cram Sheet to Help You Pass the Exam

Real-world nursing requires on-your-feet thinking and quick decision-making skills. There’s a lot of information to remember in the nursing field, and cram sheets are great when you’re about to take the NCLEX-RN and NCLEX-PN. The most important thing to remember about the NCLEX is that it's equally a test of… 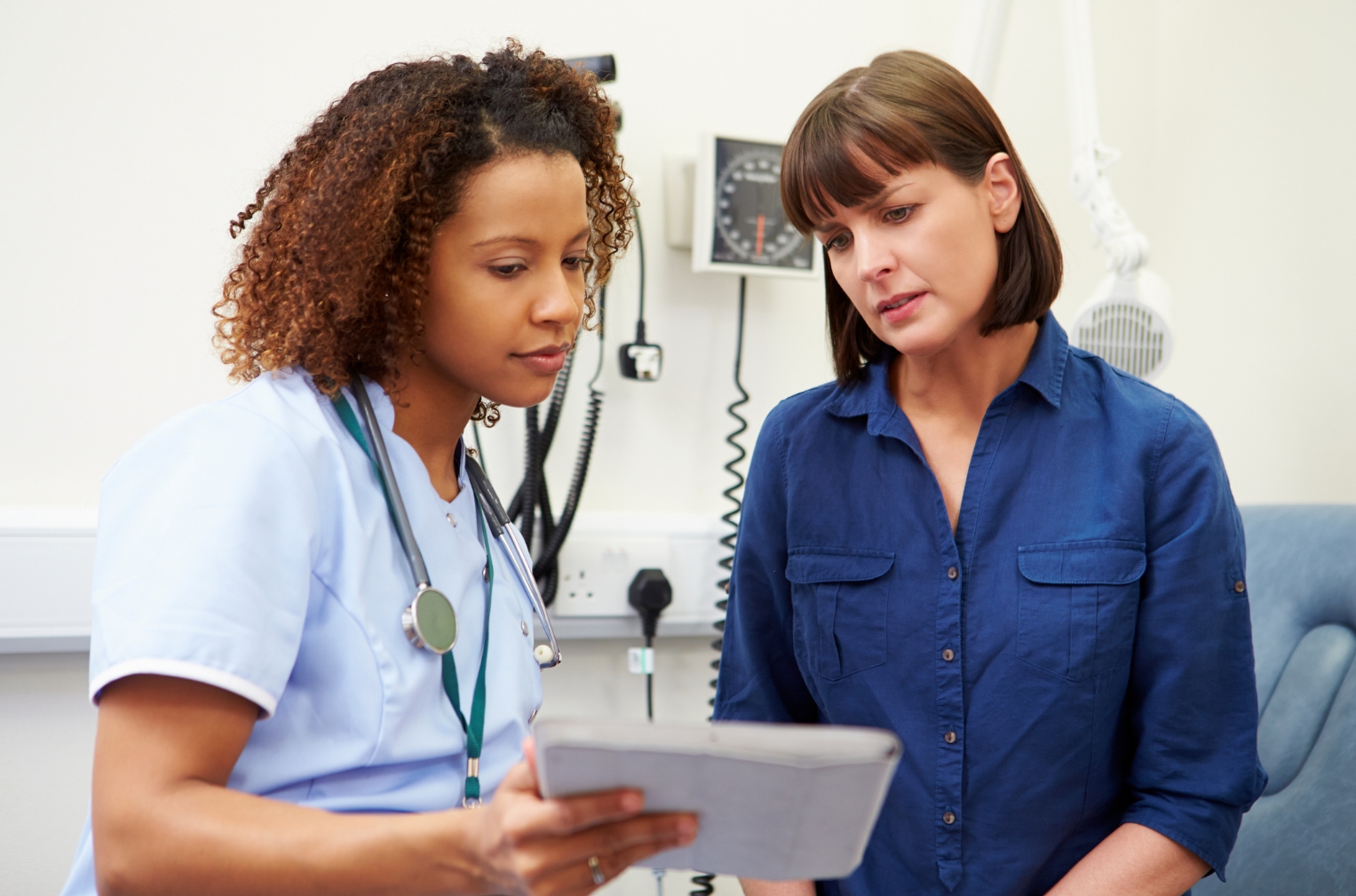 As a nurse, you need to retain a lot of medical information to accurately apply what you know to patients in need. This is why writing nursing care plans is one of the most essential parts of the nursing process. Nursing care plans help you communicate patient care and track…