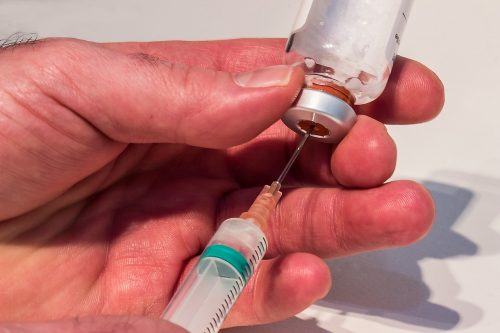 For the last two drugs included in the acronym, Sax Fifth Avenue when dealing with chronotropic, inotropic, and dromotropic drugs, we have dopamine and epinephrine.

Dopamine has a lot of effects on the body.

Dopamine directly affects blood pressure and is also considered as a vasopressor. Vasopressors put pressure on veins, specifically the vascular space, to bring back blood into the heart and lungs.

Dopamine is also potent in helping with renal perfusion by opening the renal tubules and allowing perfusion in the kidneys. Dopamine is extremely helpful for clients experiencing acute renal failure.

Dopamine is also an inotropic drug because it helps with forceful heart contractions.

Digoxin is also an inotropic drug; however, it is more focused on atrial fibrillation, specifically on targeted on the atrial kick. As for dopamine, it is more on perfusion. By being a vasopressor, dopamine presses on the veins to bring blood back to the heart and push all that oxygenated blood out to the rest of the system.

Dopamine is usually given to clients who are extremely hypotensive or low blood pressure to facilitate proper flow of oxygen. Since oxygen is the money that makes the body go around, having extremely low blood pressure can be detrimental because oxygen is not appropriately distributed to different areas of the body. Dopamine helps in situations like this.

Dopamine as an Inotropic Drug

Not all drugs are negative chronotropic. Dopamine is an inotropic drug that increases the heart rate to increase blood pressure and oxygen perfusion. The goal is to increase the amount of oxygen in the red blood cells, specifically the hemoglobin, to carry them out to the different parts of the body.

Dopamine and epinephrine are somehow similar but different. How?

Epinephrine pretty much has the same qualities of dopamine with regards to having a positive inotropic effect, which helps the heart contract. Epinephrine also has a positive chronotropic effect in increasing the heart rate. Lastly, epinephrine is also known as adrenaline, which is a sympathomimetic drug that mimics the sympathetic nervous system.

A sympathomimetic response or a fight and flight response is when the body increases the heart rate to increase blood flow to the heart, lungs, and brain. However, with epinephrine, it is done differently; there is no pressure acted on the vessels to increase perfusion. Instead, epinephrine acts like a hormone that stimulates the fight and flight response.

You can say that this approach is just one of many different routes, and is useful and effective in bringing the heart rate up and contracting more forcefully.

Giving emergency drugs is like being locked out of the house; there are a couple of ways to go in, and you will still get the same result of being able to get in. Whether you’re trying to decrease blood pressure or heart rate, it can be done with the ABC drugs. On the other hand, if the goal is to increase the pressure, heart rate, and perfusion, you can choose from inotropic, chronotropic, and dromotropic drugs.